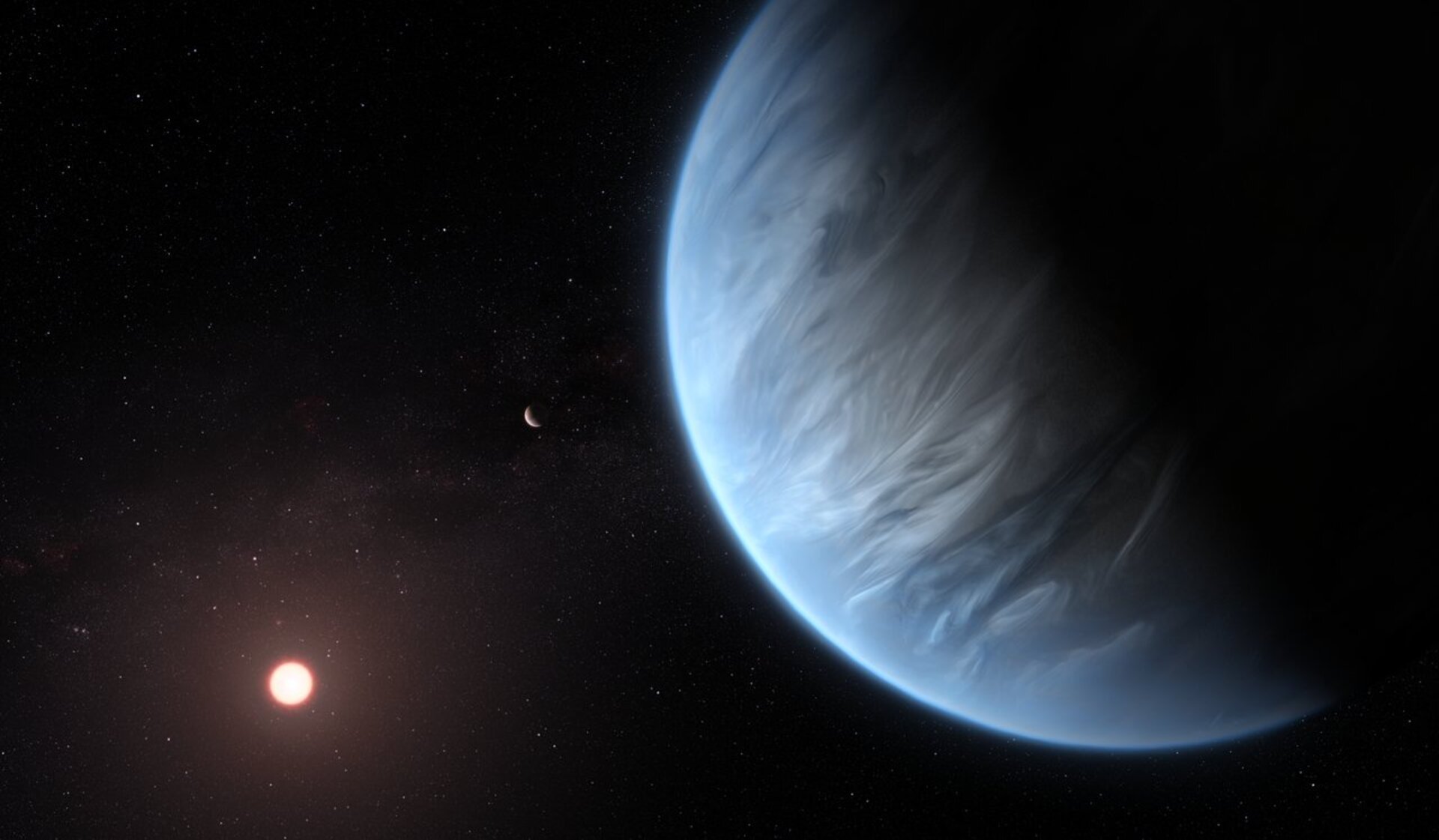 This artist’s impression shows the planet K2-18b, it’s host star and an accompanying planet in this system. K2-18b is now the only super-Earth exoplanet known to host both water and temperatures that could support life.

With data from the NASA/ESA Hubble Space Telescope, water vapour has been detected in the atmosphere of a super-Earth within the habitable zone by University College London (UCL) researchers in a world first. K2-18b, which is eight times the mass of Earth, is now the only planet orbiting a star outside the Solar System, or exoplanet, known to have both water and temperatures that could support life.