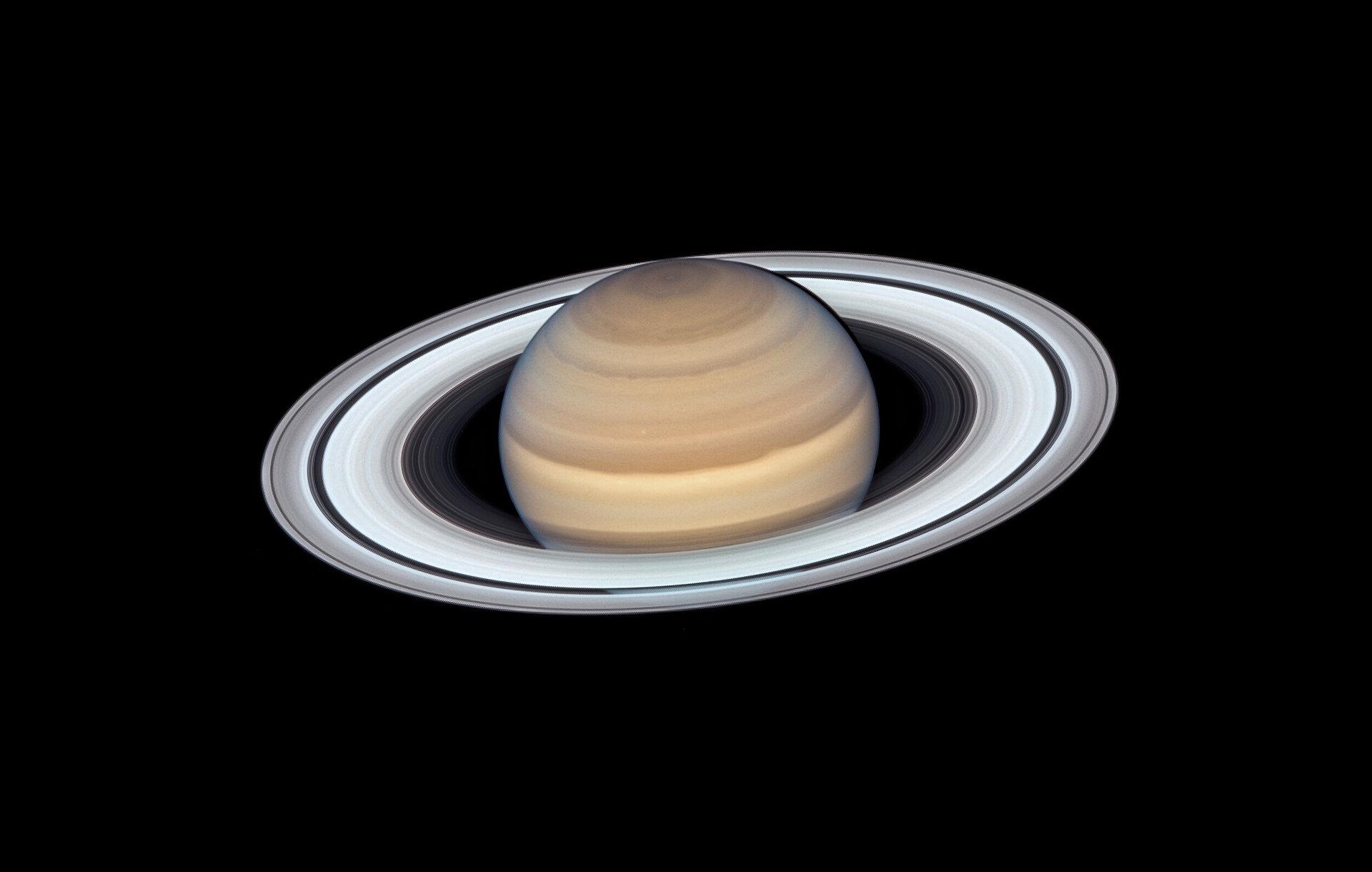 The NASA/ESA Hubble Space Telescope’s Wide Field Camera 3 observed Saturn on 20 June 2019 as the planet made its closest approach to Earth this year, at approximately 1.36 billion kilometres away.

Saturn hosts many recognisable features, most notably its trademark ring system, which is now tilted towards Earth. This gives us a magnificent view of its bright icy structure. Hubble resolves numerous ringlets and the fainter inner rings. Dutch astronomer Christiaan Huygens first identified the rings in 1655 and thought they were a continuous disk encircling the planet, but we now know them to be composed of orbiting particles of ice and dust. Though all of the gas giants boast rings, Saturn’s are the largest and most spectacular.

The age of Saturn’s ring system continues to be debated. And, even more perplexingly, it’s unknown what cosmic event formed the rings. There is no consensus among planetary astronomers today.