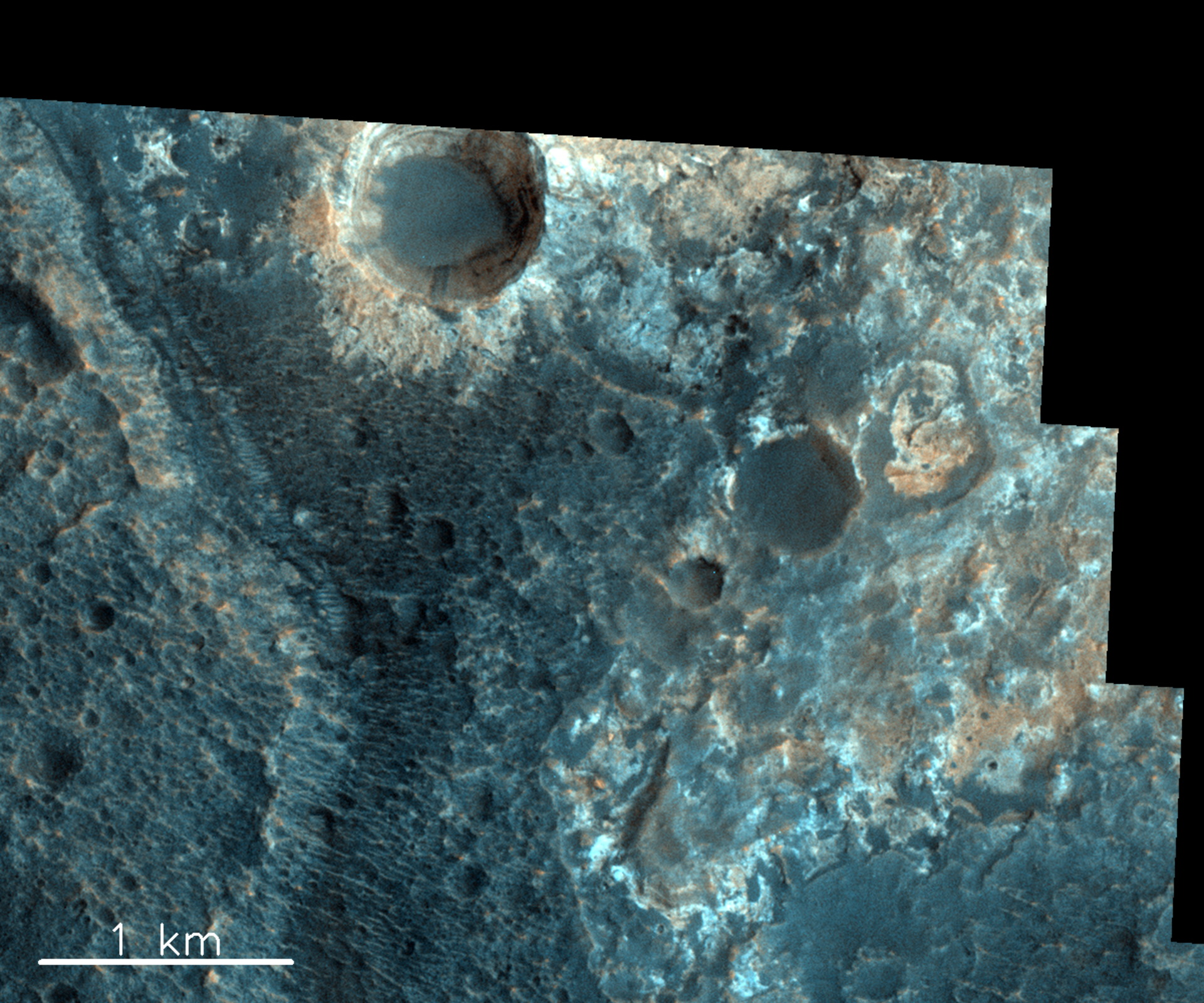 This colourful image from the CaSSIS camera onboard the ESA/Roscosmos ExoMars Trace Gas Orbiter shows an area within Oyama Crater, which is near Mawrth Vallis on Mars.

The lighter tones are probably related to clay minerals that have been identified across the region by the OMEGA instrument on ESA’s Mars Express and by the CRISM instrument on NASA’s Mars Reconnaissance Orbiter. The CaSSIS data has higher spatial resolution and, in combination with the spectrometer, can help look at spatial relationships between the different mineral species. This image is particularly interesting because of the distinct layers exposed in the walls of small crater at the top of the image, giving us a window back in time. Areas like these are frequently ranked highly as potential landing sites for missions because of the influence of water and as such their potential for preservation of traces of past life.