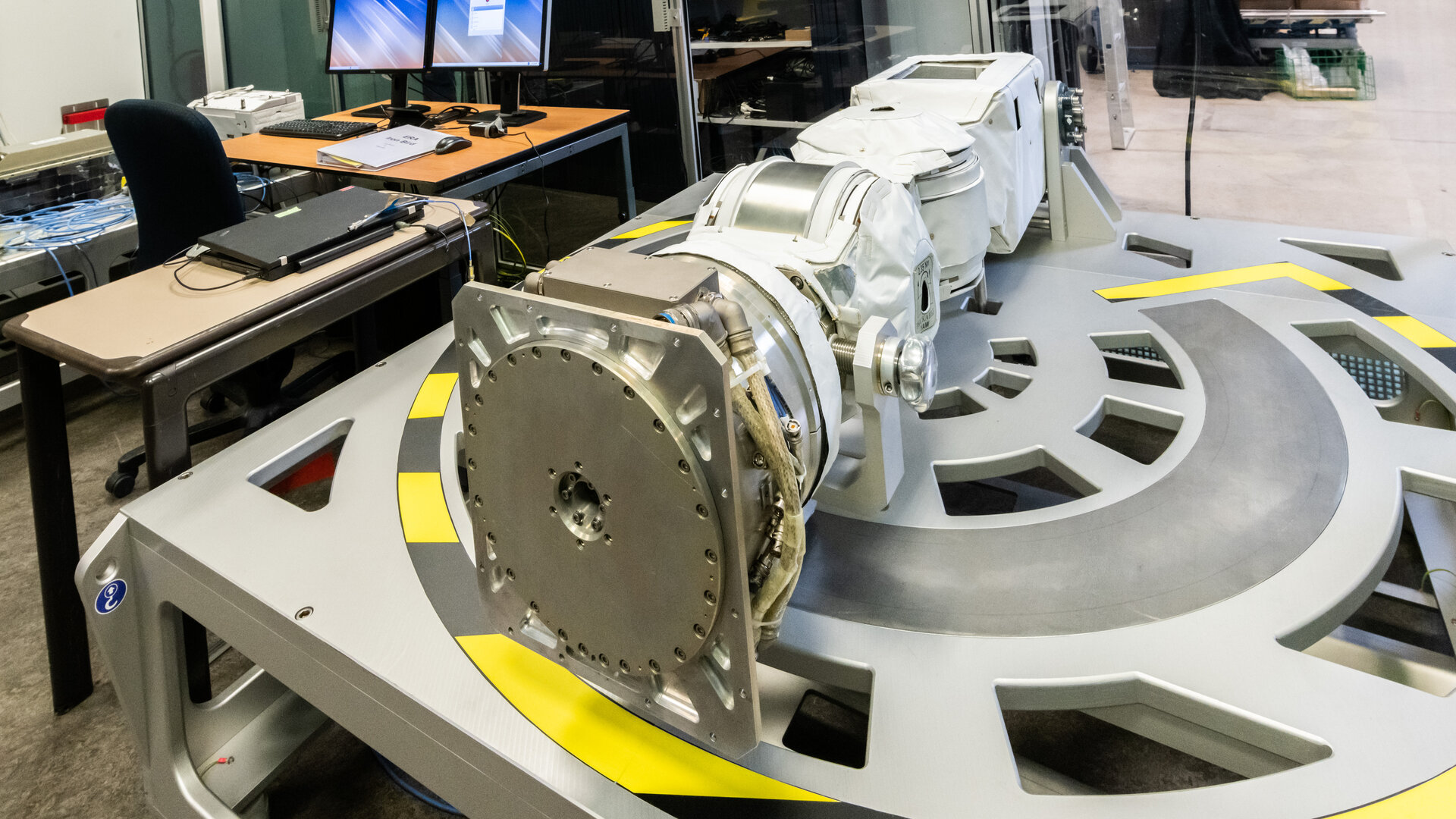 One 'wrist' of the qualification model of ESA's European Robotic Arm (ERA). ESA designed ERA as part of its contributions to the ISS. The 11.3-m long, seven degrees of freedom robotic manipulator will be the third arm to reach the Station, following Canada’s ‘Canadarm’ and Japan’s Remote Manipulator System. Serving the Russian segment of ISS, ERA will be able to manipulate payloads of up to 8 tonnes, with a positioning accuracy of 5 mm.

Able to move in a similar manner to a human arm, ERA is symmetrical in design around its central elbow joint, with both ends of the arm concluding in end effectors that can function together with their wrists either as ‘shoulders’ or ‘hands’.

Its shoulder side will be connected to one of four different ‘base plates’ around the MLM, providing data and power links, while its wrist-and-hand side will be able to take payloads from the module’s airlock and place them on a selection of payload mounting units. ERA will be relocated between base plates as required.

“We’ll be demonstrating operation of part of this ERA ‘Iron Bird’ during the ESA Open Day on Sunday 6 October," comments ESA robotics engineer Lodewijk Aris. “The whole arm is too bulky for our facilities, but we’ll be controlling its wrist live during the Open Day, using the laptop-style internal interface.”