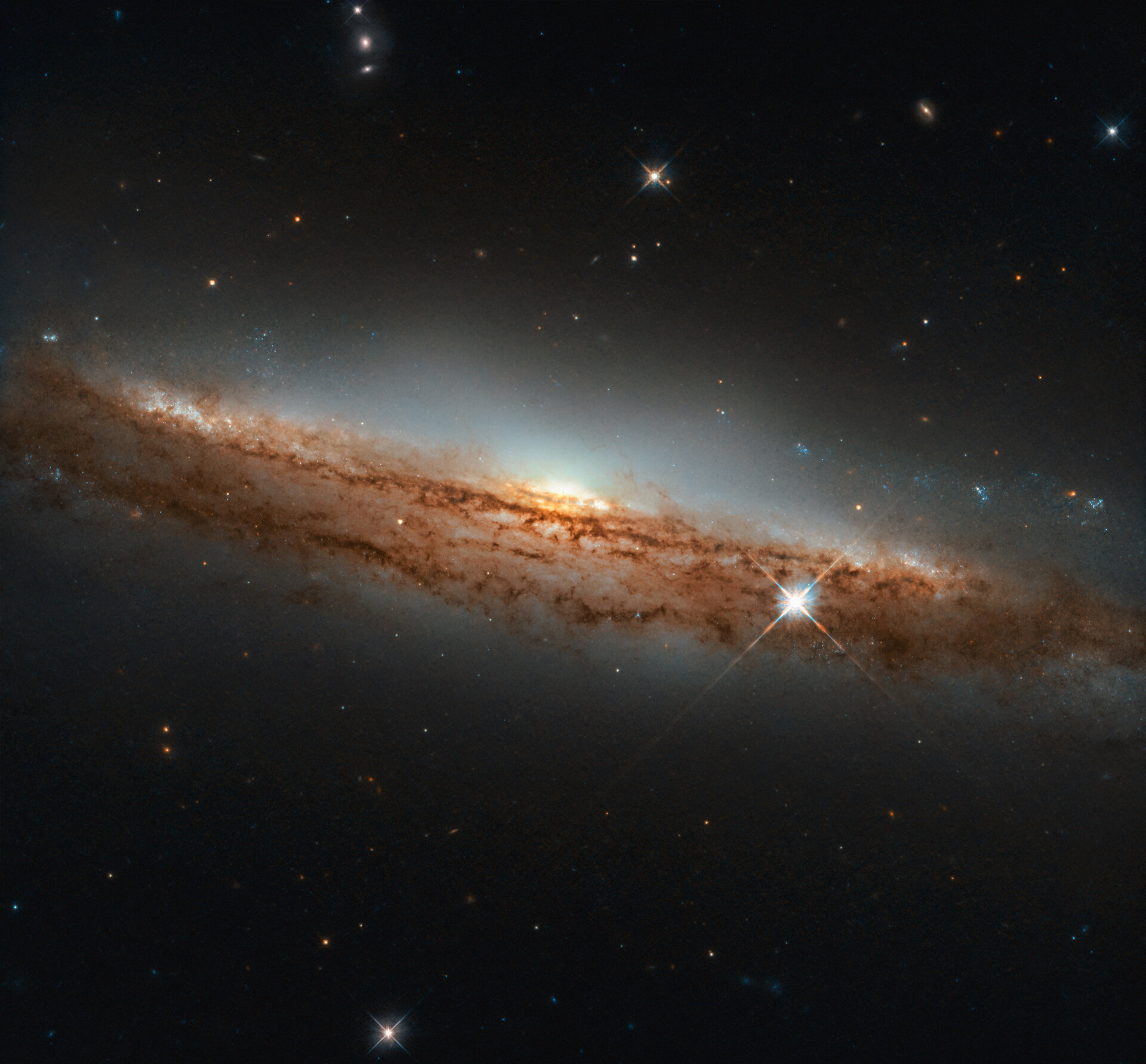 A spiral in profile

The NASA/ESA Hubble Space Telescope sees galaxies of all shapes, sizes, brightnesses, and orientations in the cosmos. Sometimes, the telescope gazes at a galaxy oriented sideways — as shown here. The spiral galaxy featured in this Picture of the Week is called NGC 3717, and it is located about 60 million light-years away in the constellation of Hydra (The Sea Serpent).

Seeing a spiral almost in profile, as Hubble has here, can provide a vivid sense of its three-dimensional shape. Through most of their expanse, spiral galaxies are shaped like a thin pancake. At their cores, though, they have bright, spherical, star-filled bulges that extend above and below this disc, giving these galaxies a shape somewhat like that of a flying saucer when they are seen edgeon.

NGC 3717 is not captured perfectly edge-on in this image; the nearer part of the galaxy is tilted ever so slightly down, and the far side tilted up. This angle affords a view across the disc and the central bulge (of which only one side is visible).