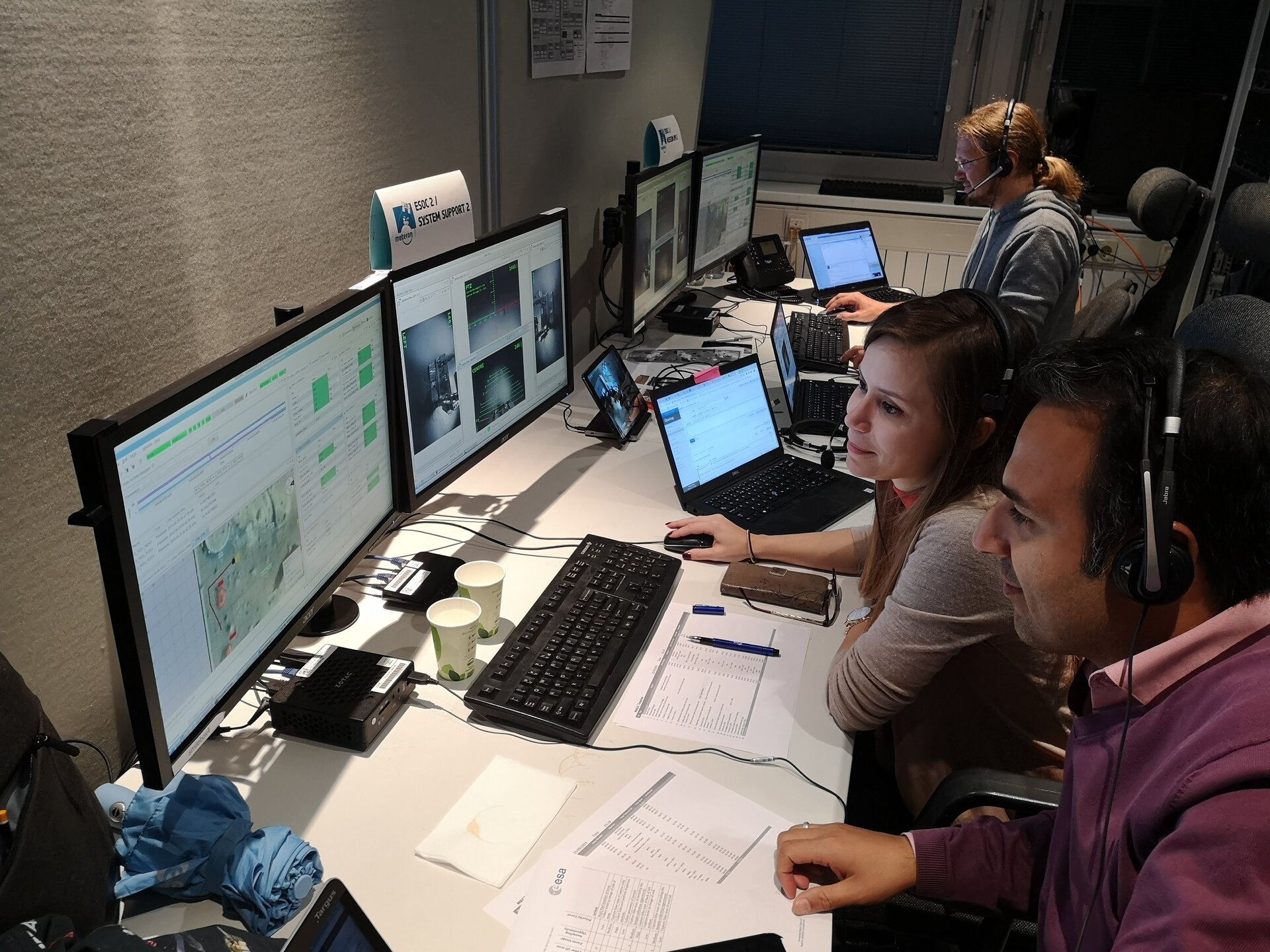 Driving a rover in Canada from Germany

In the night of 25 September 2019, an ESA team together with the Canadian Space Agency practiced night-time operations controlling a rover from afar. Experts at ESA’s mission control centre in Darmstadt, Germany, controlled the Canadian Space Agency’s Juno rover from across the Atlantic Ocean, with a science team at ESA’s ESTEC technical centre in The Netherlands advising – a similar setup is used for daily International Space Station operations.

The four-hour experiment saw Juno travel over two kilometres covering six ‘waypoints’ while taking scans of its surroundings and inspecting areas of scientific interest. None of the teams in Europe knew exactly what to expect, just as they would during an actual lunar mission.

“We faced some issues of course – at one point the rover was overly cautious of a relatively small rock – but we reached our end point within the allocated time and achieved all the objectives we set out to, learning a great deal along the way.”