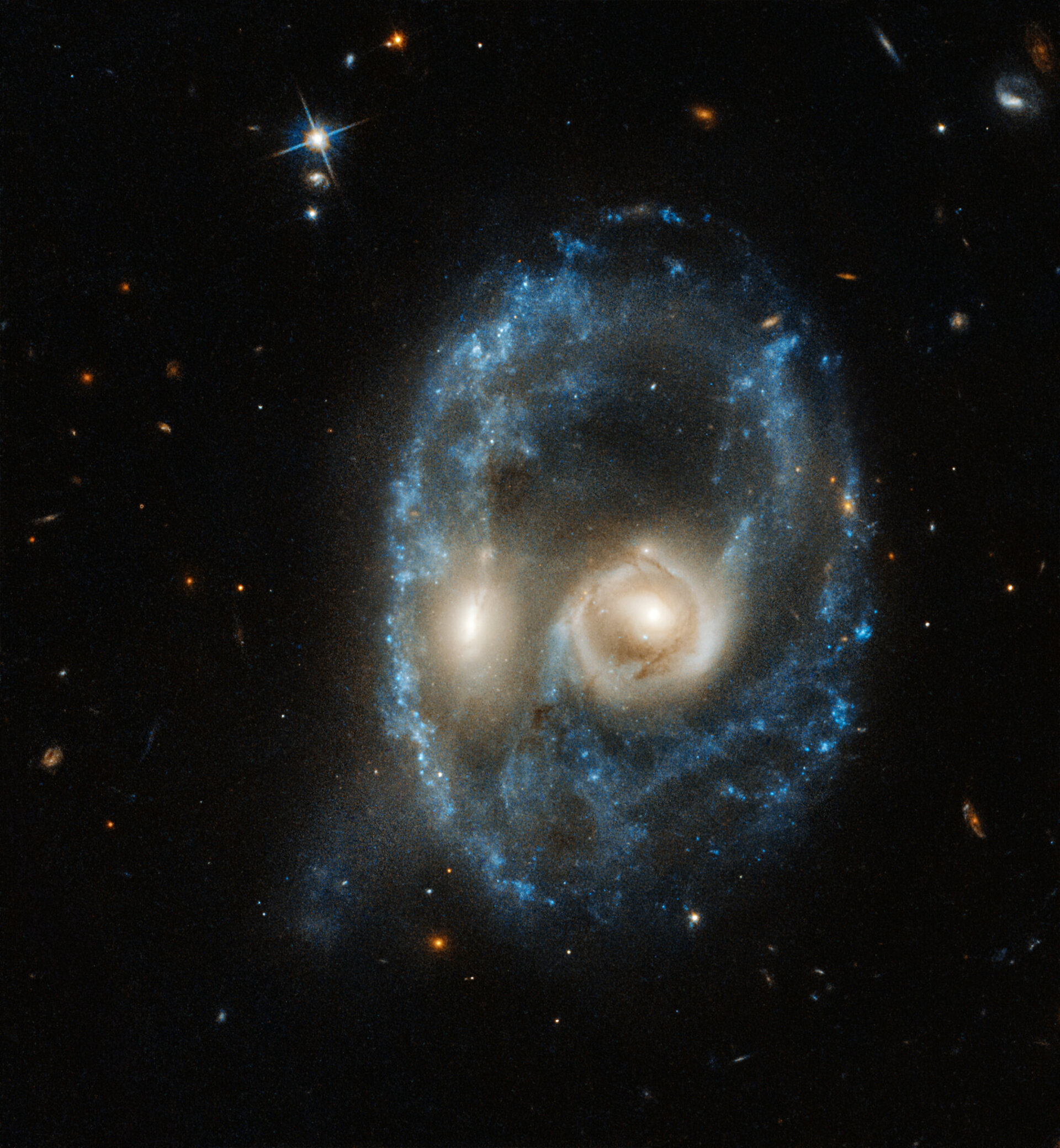 In celebration of Halloween, this new image from the NASA/ESA Hubble Space Telescope captures two galaxies of equal size in a collision that appears to resemble a ghostly face. This observation was made on 19 June 2019 in visible light by the telescope’s Advanced Camera for Surveys.

Although galaxy collisions are common — especially in the early universe — most are not head-on impacts like the collision that likely created this Arp-Madore system 704 million light-years from Earth. This violent encounter gives the system an arresting ring structure, but only for a short amount of time. The crash has pulled and stretched the galaxies’ discs of gas, dust, and stars outward, forming the ring of intense star formation that shapes the “nose” and “face” features of the system.