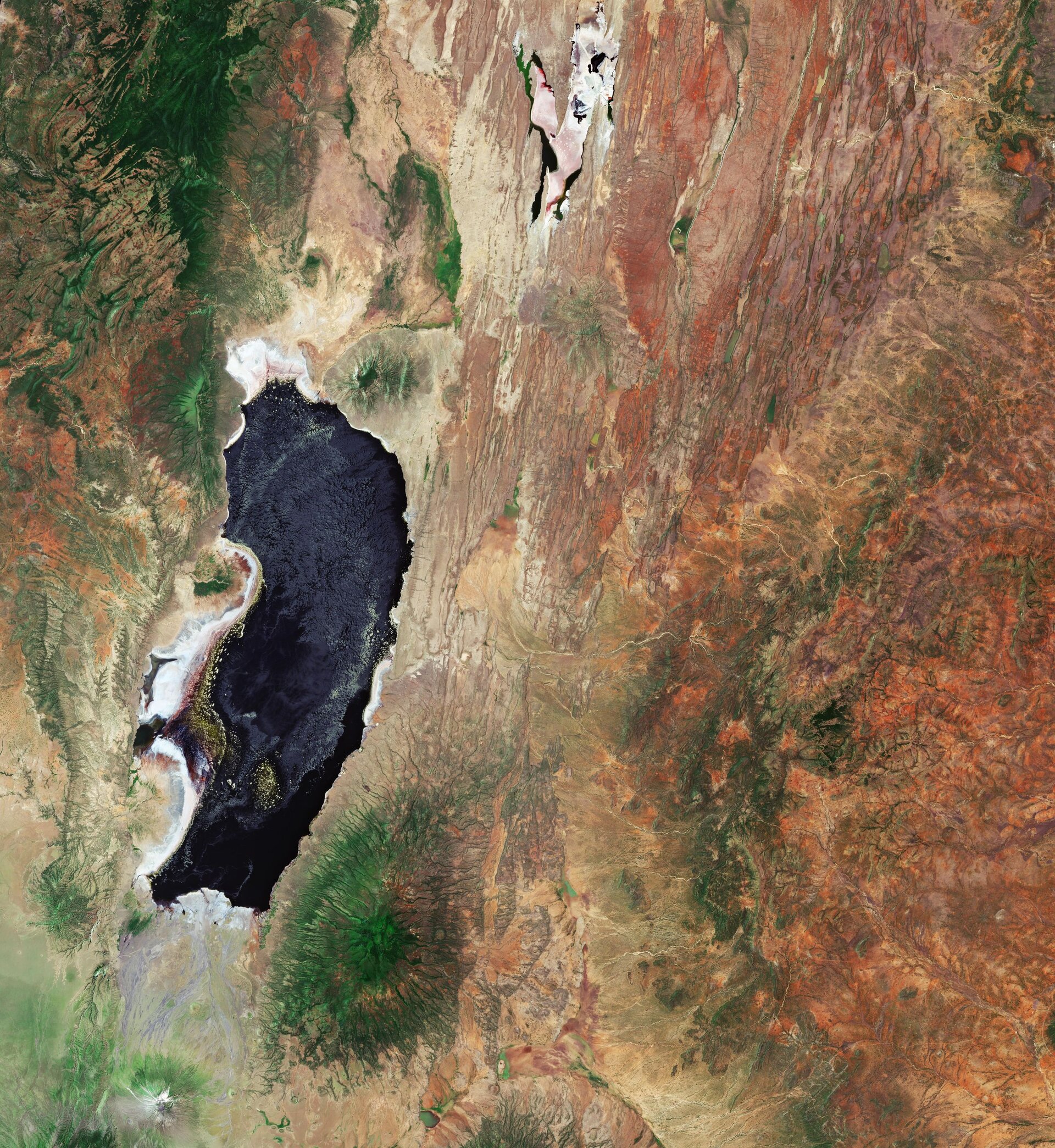 The Copernicus Sentinel-2 mission takes us over two saline lakes in East Africa: the larger Lake Natron in northern Tanzania and the smaller Lake Magadi, just over the border in Kenya.

Lake Natron is around 60 km long and is fed mainly by the Ewaso Ng'iro River. Despite its dark colour in this image, Lake Natron is often bright red owing to the presence of microorganisms that feed on the salts of the water.

The saline waters make the lake inhospitable for many plants and animals, yet the surrounding salt water marshes are a surprising habitat for flamingos. In fact, the lake is home to the highest concentrations of lesser and greater flamingos in East Africa, where they feed on spirulina – a green algae with red pigments.

The extinct Gelai Volcano, standing at 2942 m tall, is visible southeast of the lake.

The pink-coloured waters of Lake Magadi can also be seen at the top of the image. The lake is over 30 km long and has a notably high salt content, and in some places the salt is up to 40 metres thick. The mineral trona can also be found in the lake’s waters. This mineral is collected and used for glass manufacturing, fabric dyeing and paper production.

Copernicus Sentinel-2 is a two-satellite mission to supply the coverage and data delivery needed for Europe’s Copernicus programme. The mission’s frequent revisits over the same area and high spatial resolution allow changes in inland water bodies to be closely monitored.

This image, which was captured on 3 February 2019, is also featured on the Earth from Space video programme.