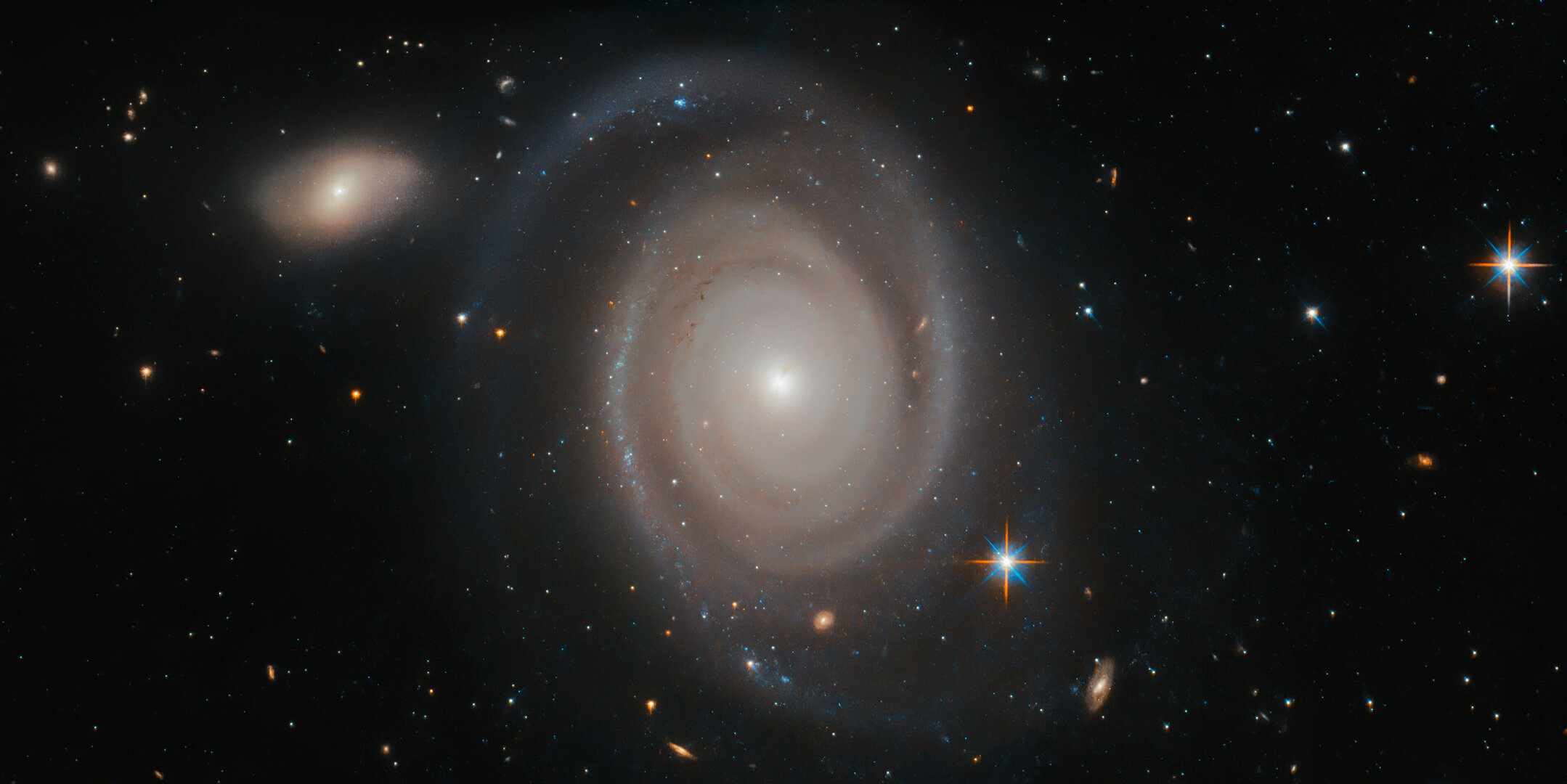 Galaxies may seem lonely, floating alone in the vast, inky blackness of the sparsely populated cosmos — but looks can be deceiving. The subject of this Picture of the Week, NGC 1706, is a good example of this. NGC 1706 is a spiral galaxy, about 230 million light-years away, in the constellation of Dorado (The Swordfish).

NGC 1706 is known to belong to something known as a galaxy group, which is just as the name suggests — a group of up to 50 galaxies which are gravitationally bound and hence relatively close to each other. Around half of the galaxies we know of in the Universe belong to some kind of group, making them incredibly common cosmic structures. Our home galaxy, the Milky Way, belongs to the Local Group, which also contains the Andromeda Galaxy, the Large and Small Magellanic Clouds, and the Triangulum Galaxy.

Groups are the smallest of galactic gatherings; others are clusters, which can comprise hundreds of thousands of galaxies bound loosely together by gravity, and subsequent superclusters, which bring together numerous clusters into a single entity.