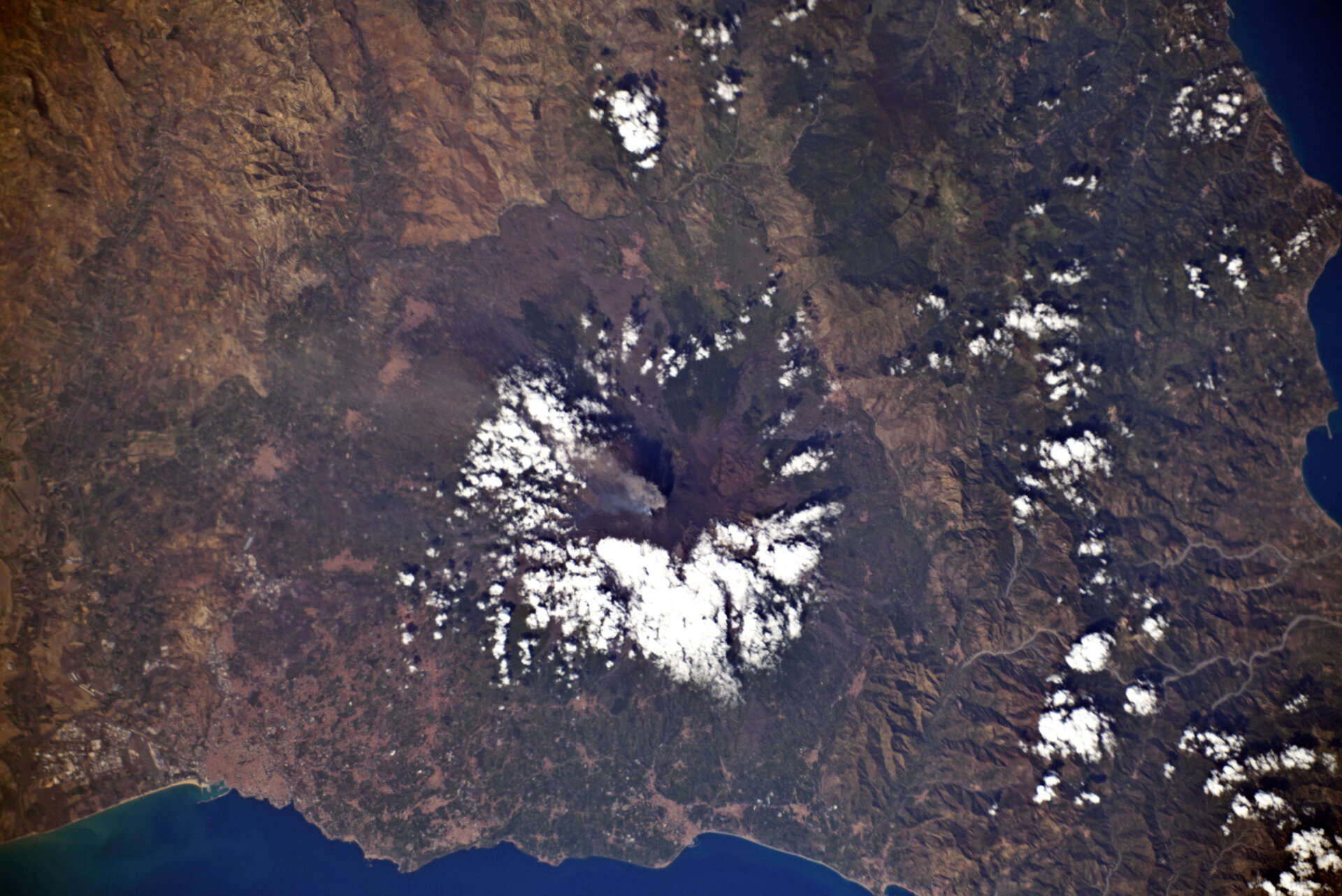 ESA astronaut Luca Parmitano captured this image of Mount Etna erupting from the International Space Station. Etna is an active stratovolcano on the east coast of Sicily, Italy.