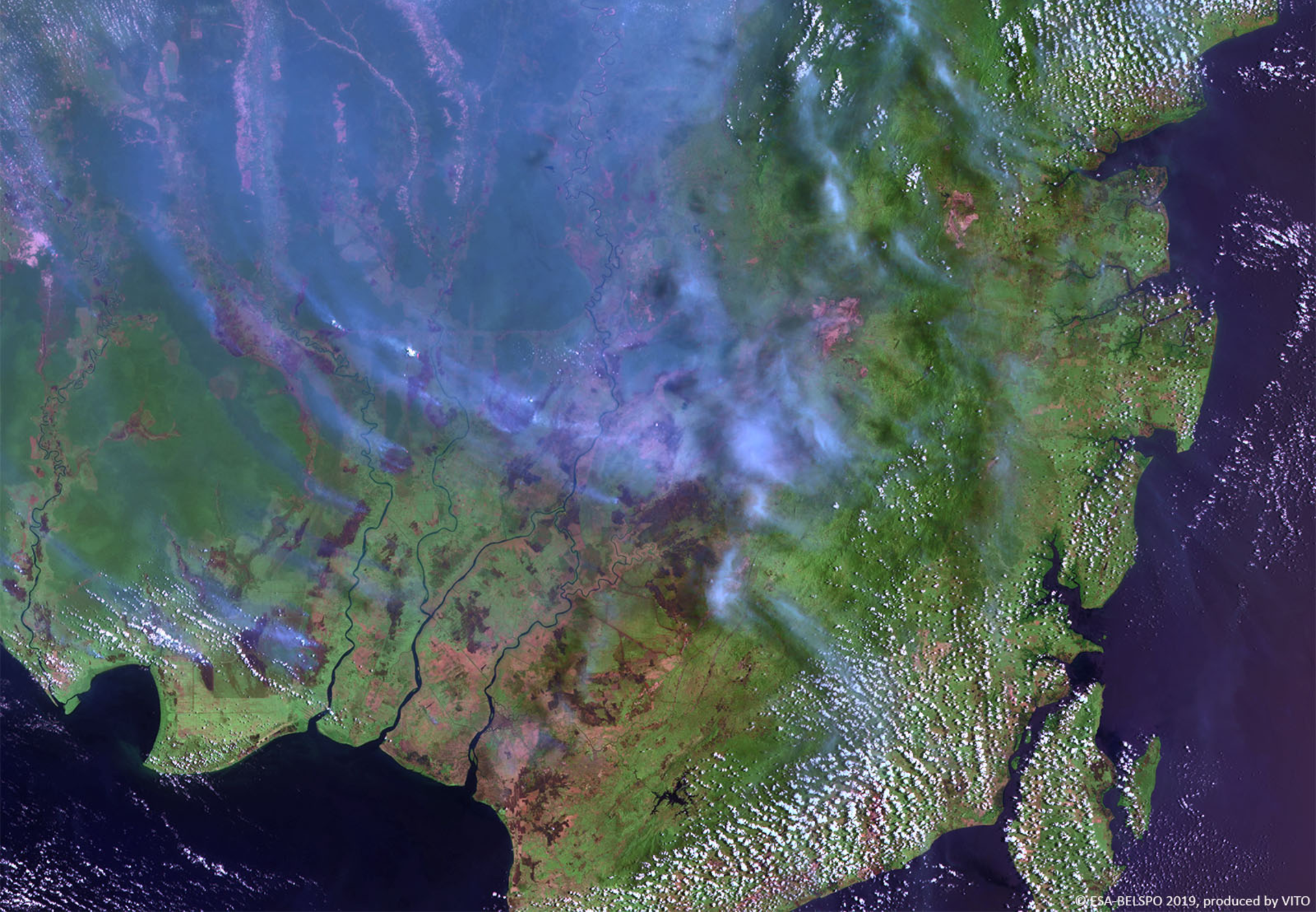 This false-colour image from ESA’s Proba-V minisatellite, captured on 18 September, shows an abundance of smoke plumes over Kalimantan, the Indonesian part of the island of Borneo.

In this area, fires are common in September and October as farmers burn agricultural and logging debris to clear the way for crops and livestock and to prepare the land for new plantings of oil palm and acacia pulp.

This year, however, the fire season was more intense and the thick smoke caused schools to close, impacted air traffic and triggered health warnings from poor air quality.

These peat fires can linger for months, until the wet season arrives, during which they emit high levels of greenhouse gases carbon dioxide and methane.