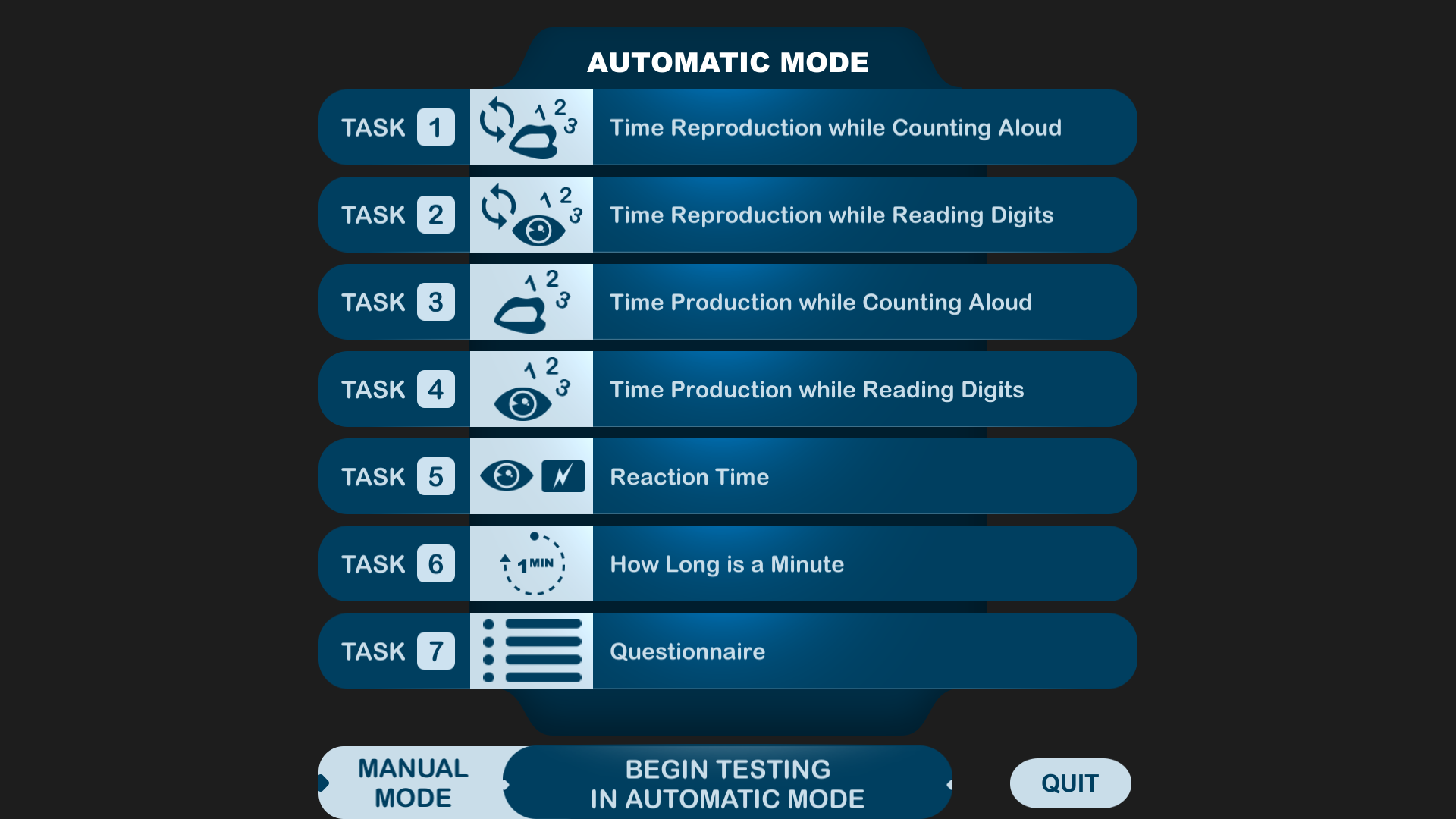 Screenshot from the virtual reality headset used for the Time experiment on the International Space Station.

The Time experiment on the International Space Station investigates the claim that time subjectively speeds up in microgravity.