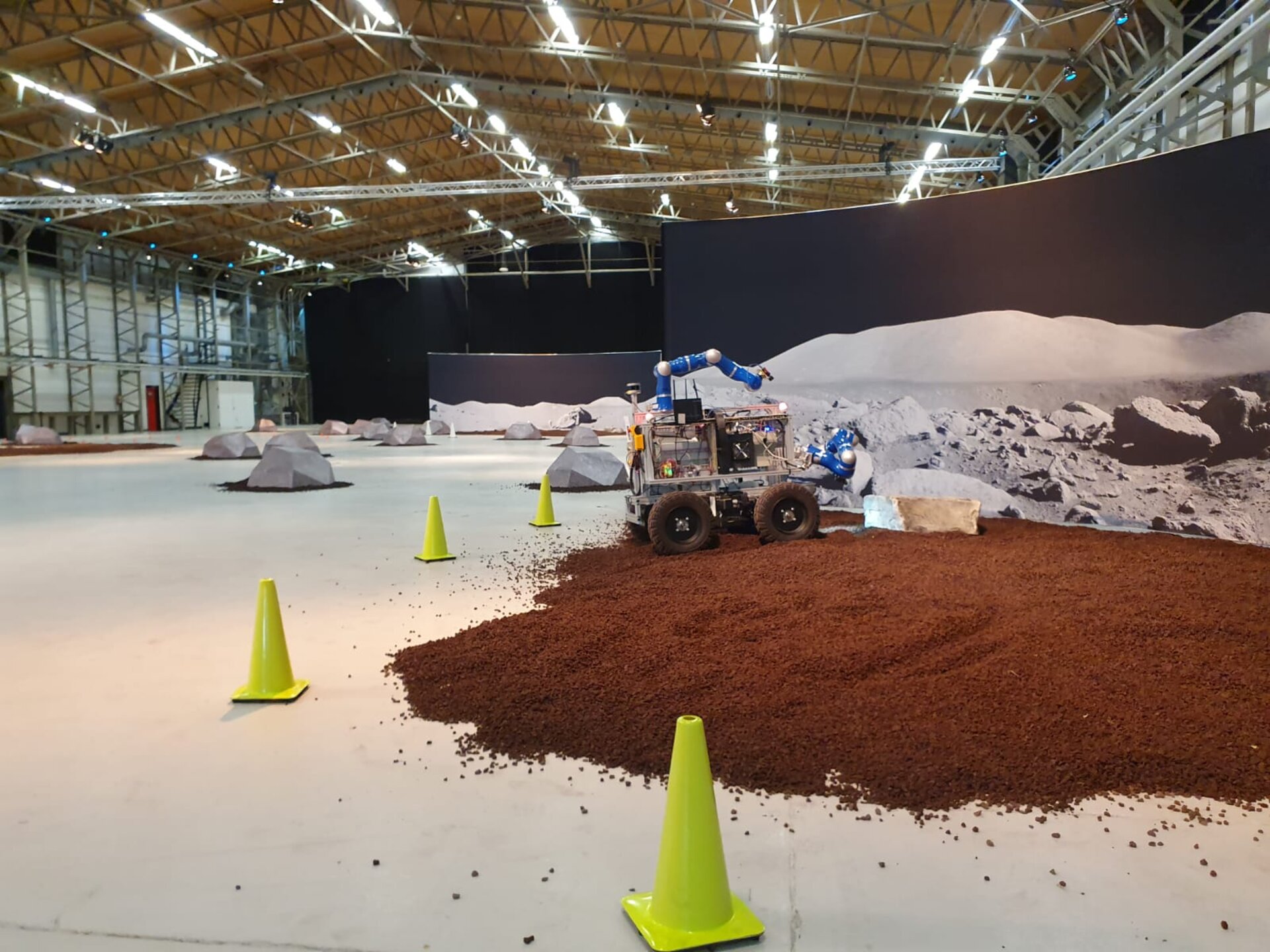 If all goes well and Luca passes his driving test, he will do a full simulation in about a week’s time to put Meteron to the test: can Luca command the robot to do a geological survey of interesting areas in the simulated lunar landscape?