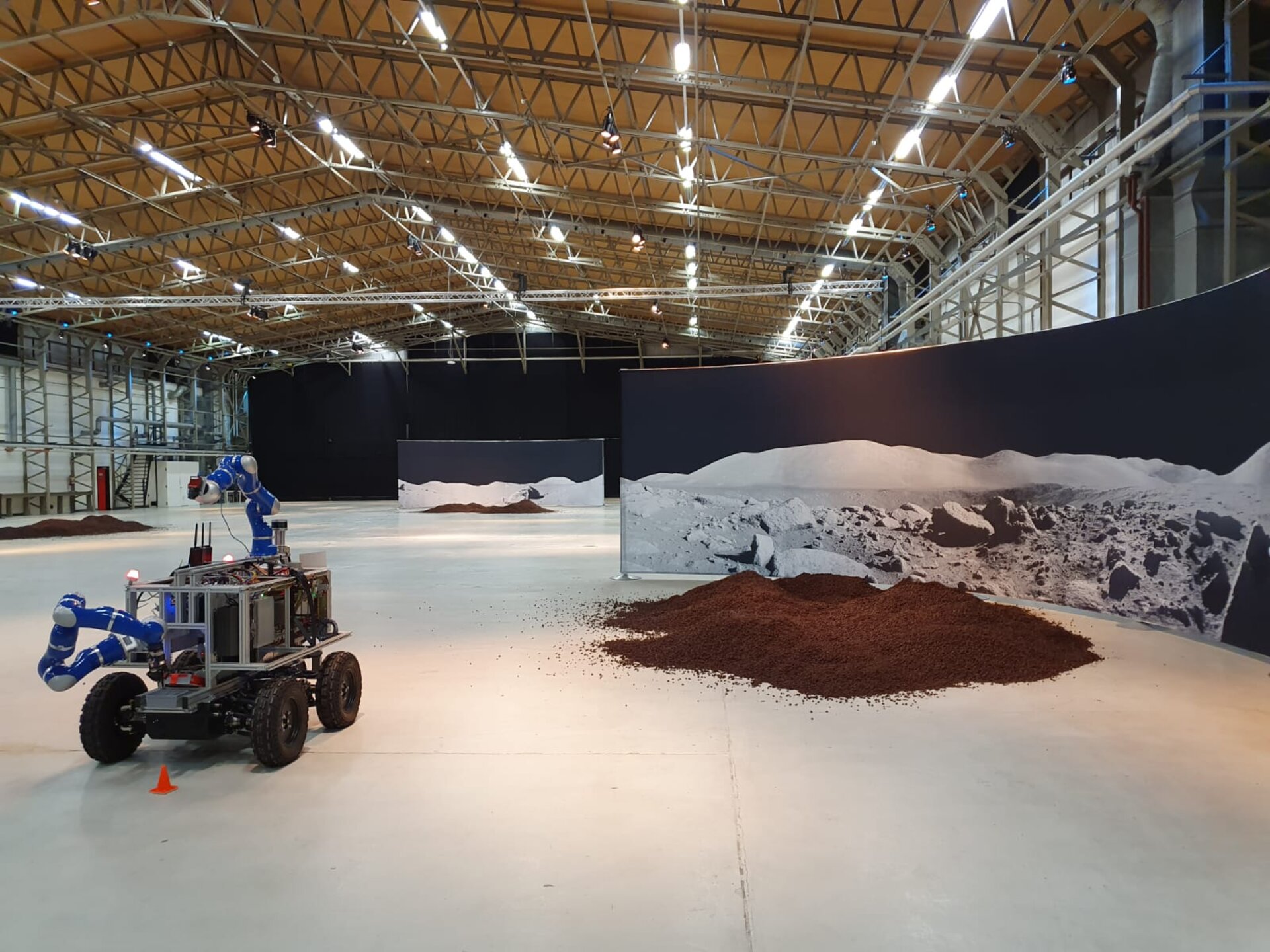 The Interact rover at a Valkenburg hangar in the Netherlands – close to ESA’s ESTEC technical centre – to test the setup, connection and hardware of the Analog-1 experiment.