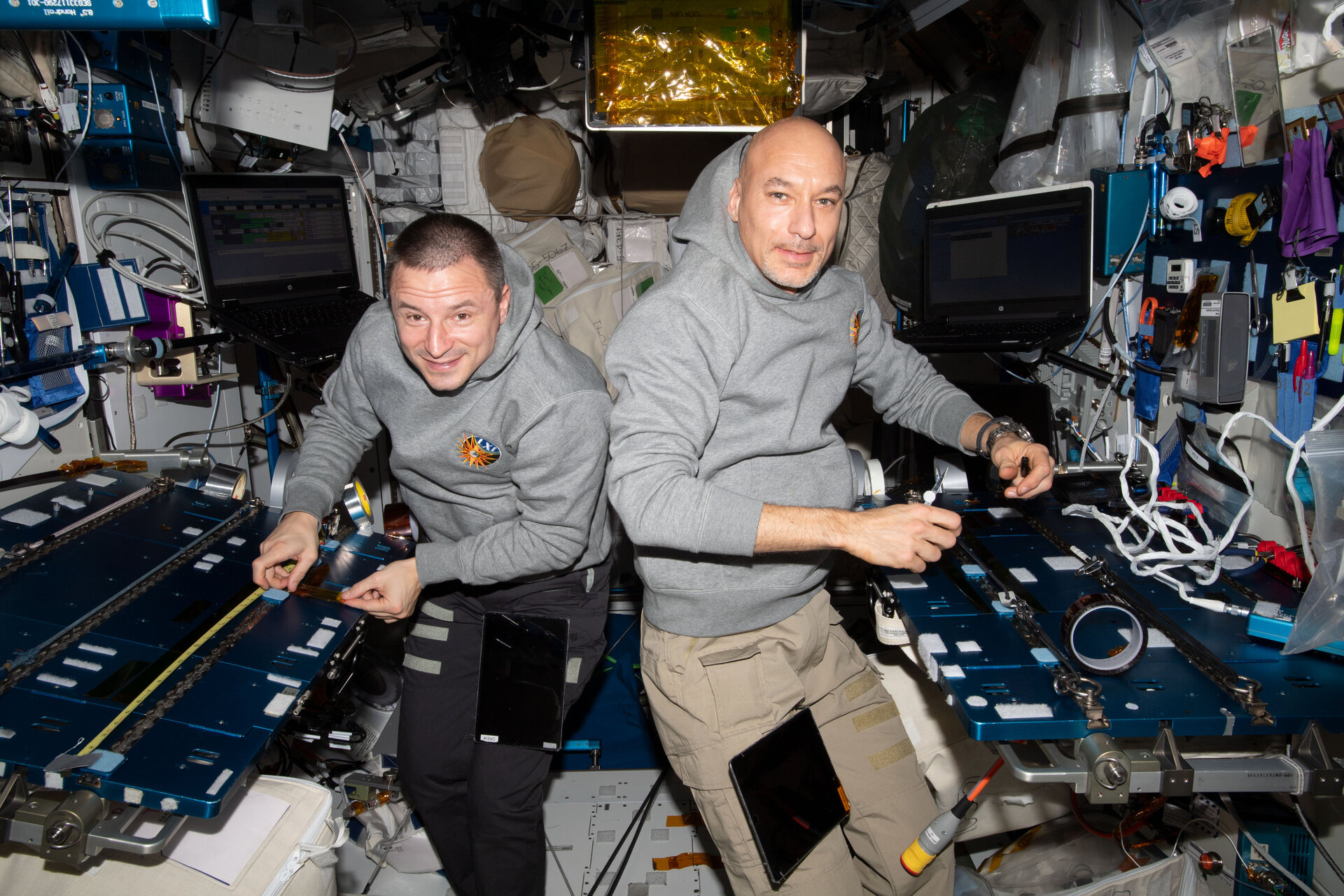 From left, NASA Flight Engineer Andrew Morgan and Commander Luca Parmitano of ESA set up a work space in the Columbus laboratory module. Luca will soon test a device in Columbus that measures an astronaut’s mass using Newton’s Second Law of Motion. The device, named the Space Linear Acceleration Mass Measurement Device, applies a known force to an attached astronaut and the resulting acceleration is used to calculate an astronaut’s mass.