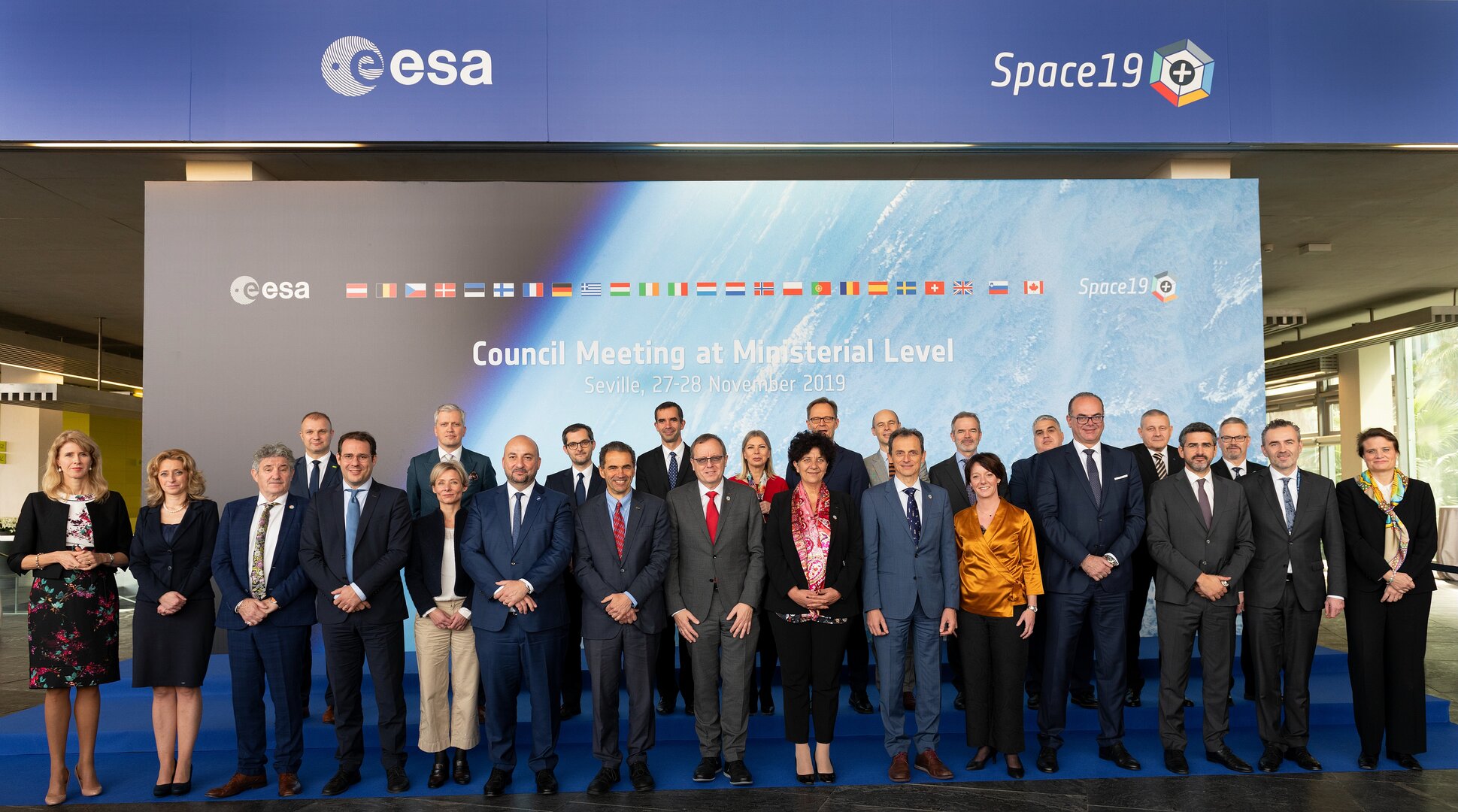 Ministers from ESA’s Member States, along with Associate Member Slovenia and Cooperating State Canada, gathered in Seville, Spain, 27-28 November 2019, to discuss future space activities for Europe and the budget of Europe’s space agency for the next three years.