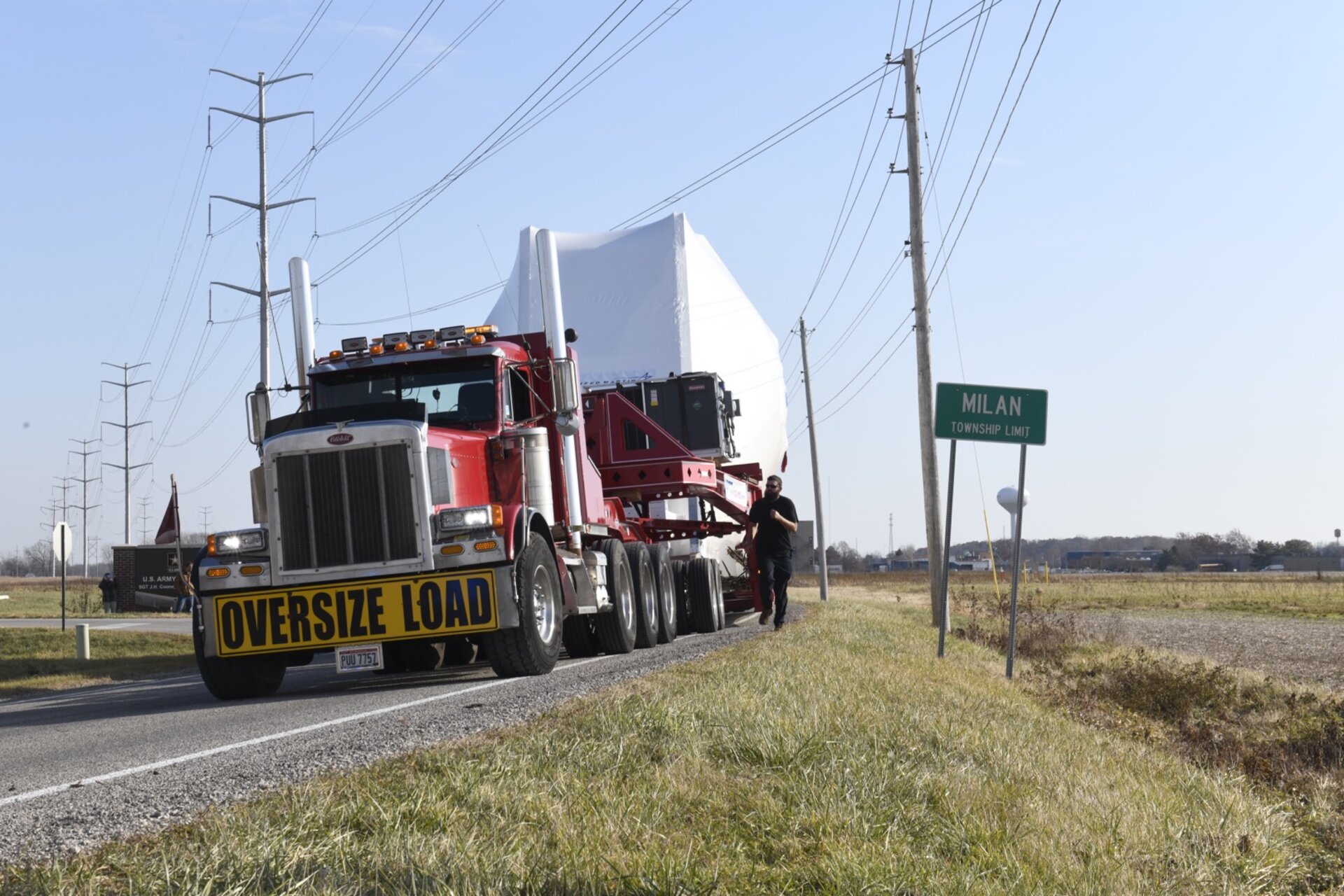 Orion spacecraft with European Service Module being transported by truck on 26 November 2019, wrapped in a protective transportation cover. For 80 km of its journey, Orion was hoisted onto a truck travelling north to Plum Brook Station from Mansfield airport in Ohio, USA. A ‘space corridor’ was cleared to allow the truck safe passage. Notably over 700 overhead lines were removed that would otherwise block the spacecraft’s way.