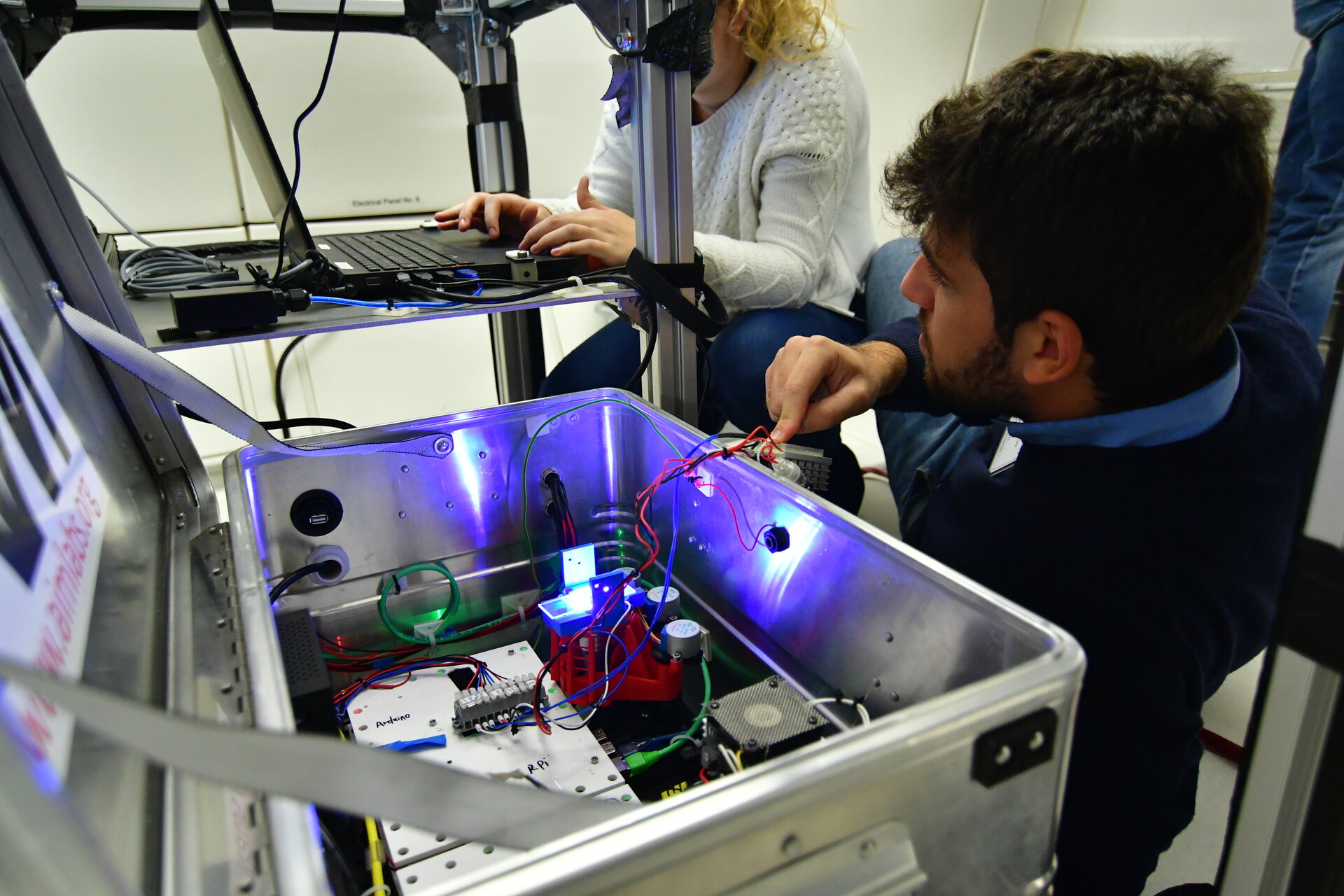 Preparing the 'Artificial Droplet Morphogenesis for Thermal Fluctuation Driven, Low-surfactant, Low-temperature Self-Emulsification' experiment for the 72nd ESA parabolic flight campaign. Parabolic flights treat passengers and experiments to a rollercoaster ride, flying angled at 49º 30 times per flight. They are used to conduct short-term scientific and technological investigations in microgravity and reduced gravity, to test instrumentation before use in space, to validate operational and experimental procedures, and to train astronauts for spaceflight.

This experiment is based on a ratcheting behaviour which is common in life, but rarely seen in chemical systems, especially ones with only three components. Droplets deform under cooling to form flat shapes, and under selected surfactant and cooling conditions break up spontaneously into many thousands of droplets. The researchers identified several mechanisms that rely on instabilities of the thin films formed, as a process of competition between two opposing forces. As the forces almost cancel each other out, small perturbations are extremely important for the evolution of the droplets.

The research will contribute to the enhancement of bioreactor processes in several fields, including pharmaceutical, chemical, lubricants.

This experiment is run by the Université libre de Bruxelles, Belgium, and the Queen Mary University of London, UK.