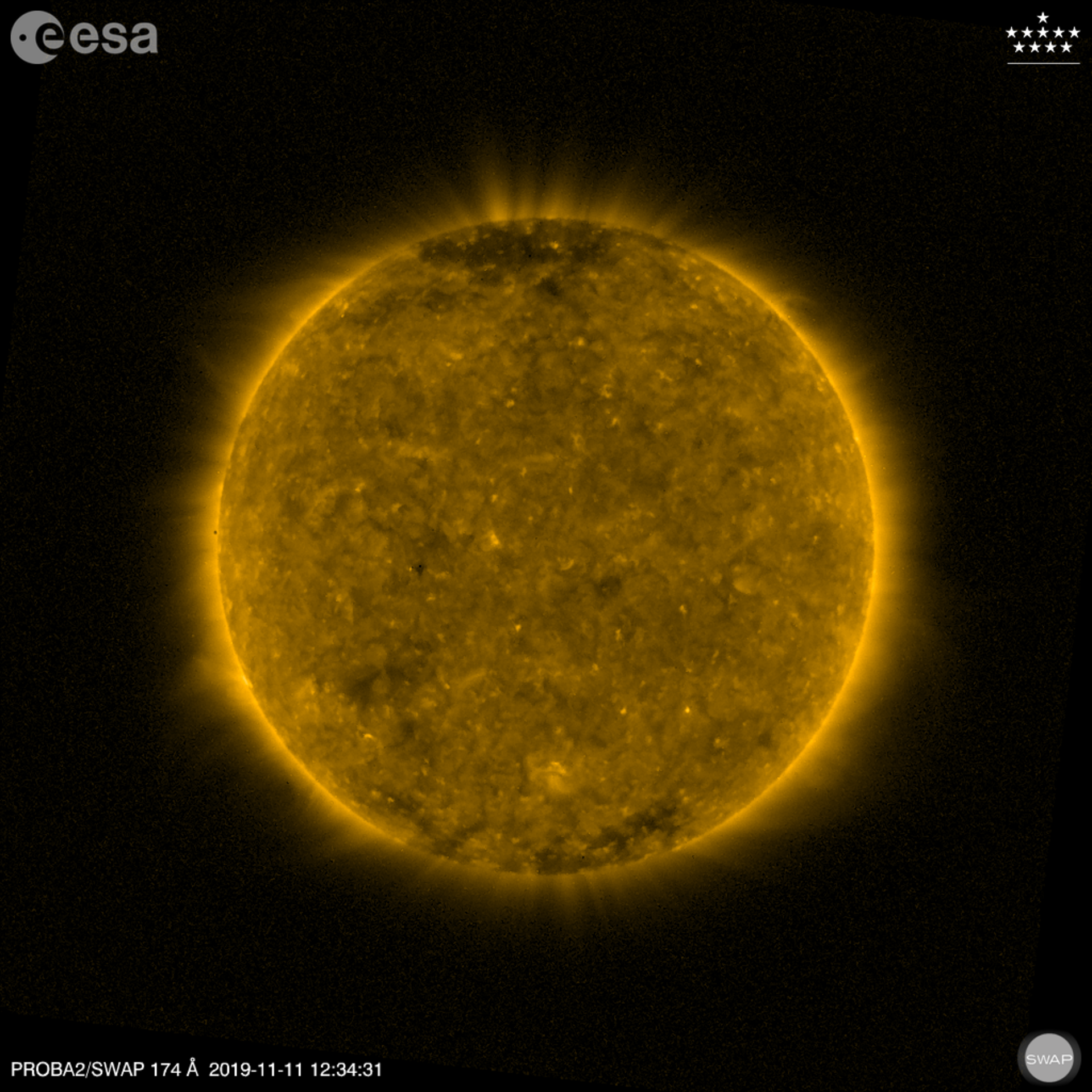 Proba-2 monitors the Sun from Earth orbit and was able to spot Mercury’s transit as a small black disc – seen here at the far left as it begins its journey across the face of the Sun. The image was taken with the SWAP extreme ultraviolet telescope.

Solar transits – where a celestial body is seen to pass across the solar disc from the perspective of Earth – are relatively rare events. Mercury undergoes around 13 transits a century, and will not occur again until 2032.