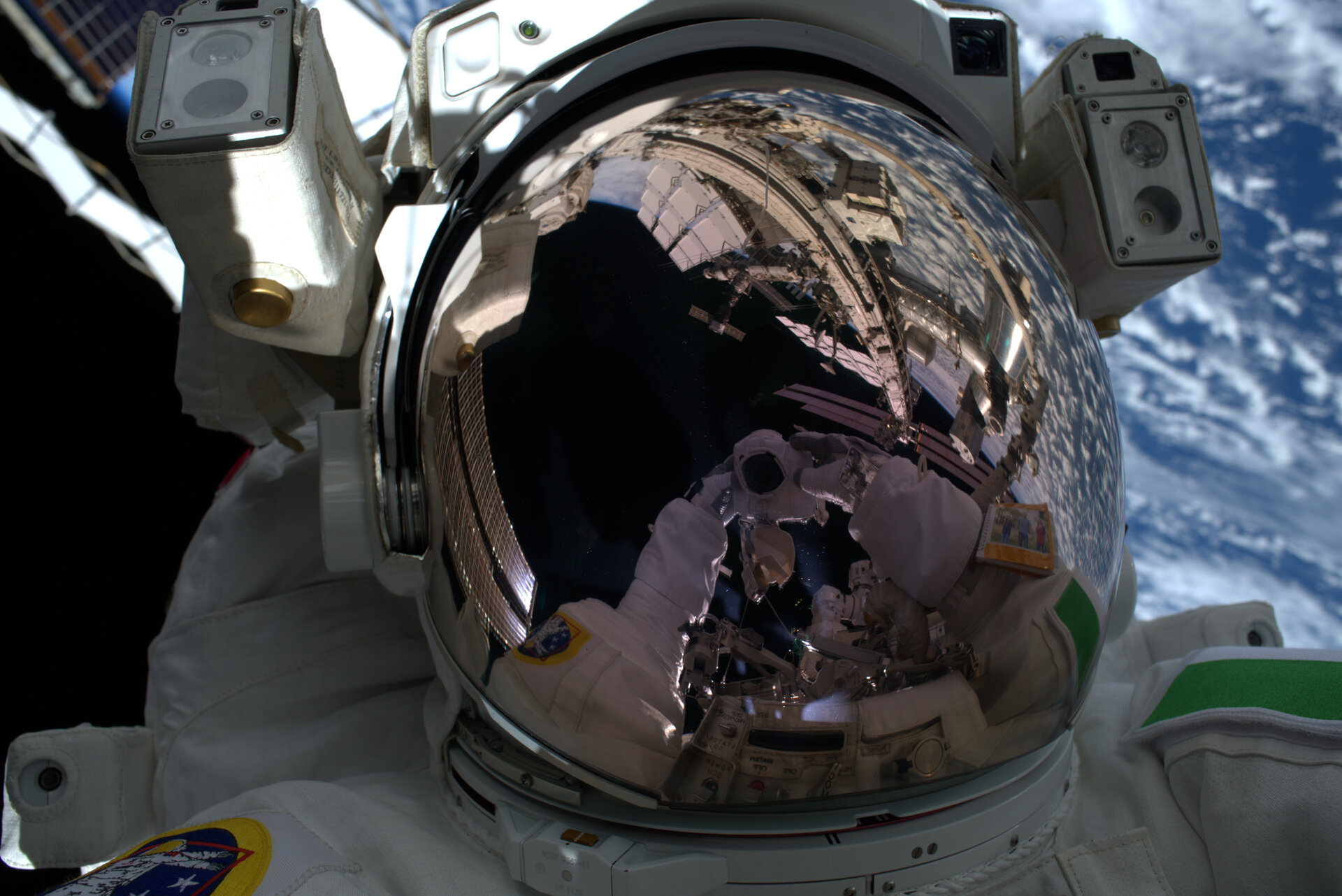 First image published by ESA astronaut Luca Parmitano of his spacewalk to service the cosmic ray detecting Alpha Magnetic Spectrometer (AMS-02). Luca posted this photo with the caption: AMS EVA1: the entirety of the International Space Station is reflected in my helmet, with Earth in the background. A real life version of my Beyond mission patch.

Luca and his spacewalking partner NASA astronaut Andrew Morgan performed the first of several spacewalks in the complex series to maintain AMS-02 on Friday 15 November 2019. It was the first time a European astronaut has held the leading role in a spacewalk known as EV1.