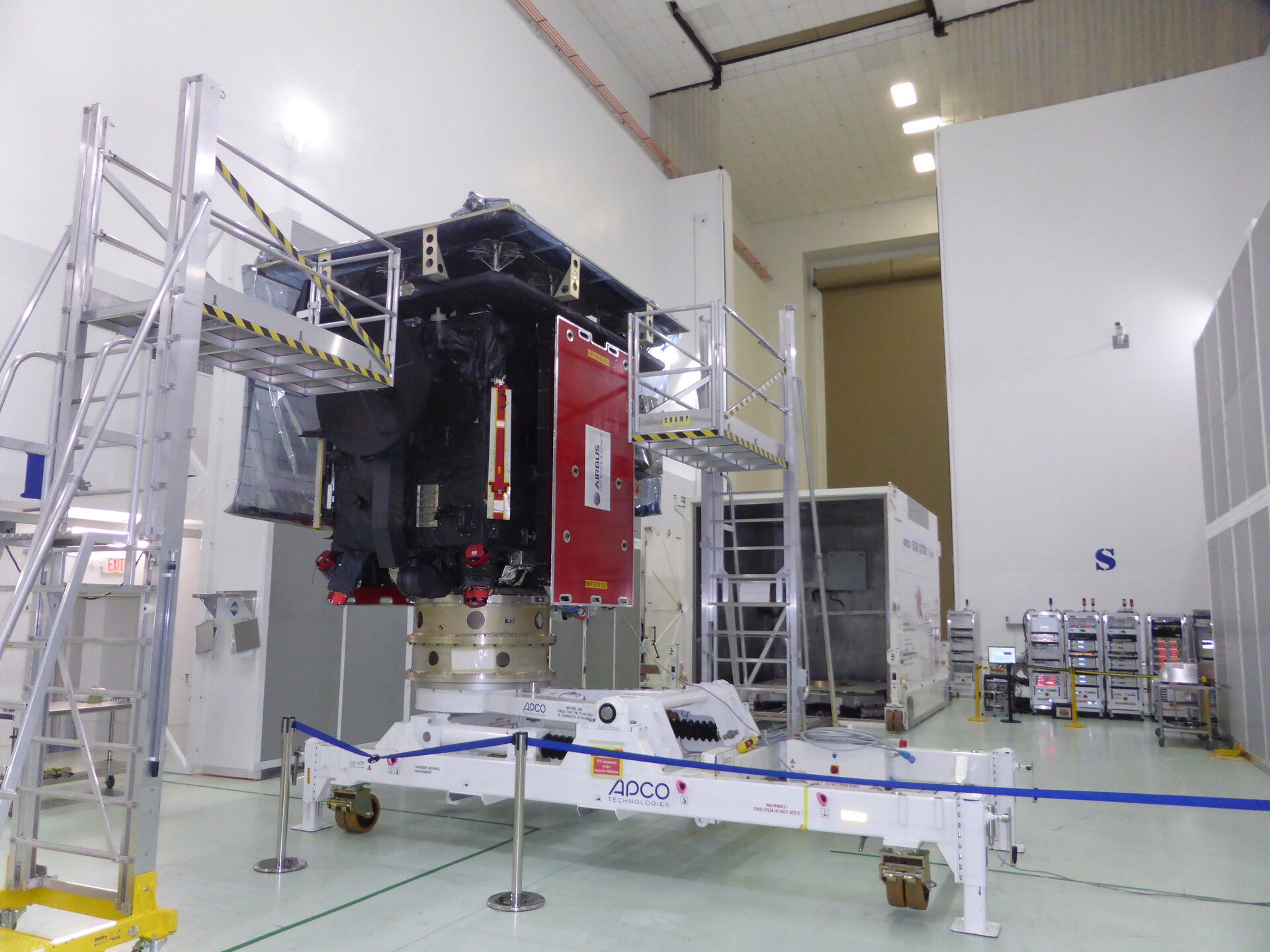 This image shows Solar Orbiter shortly after leaving the shipment container (visible in the background) at the Astrotech facility.