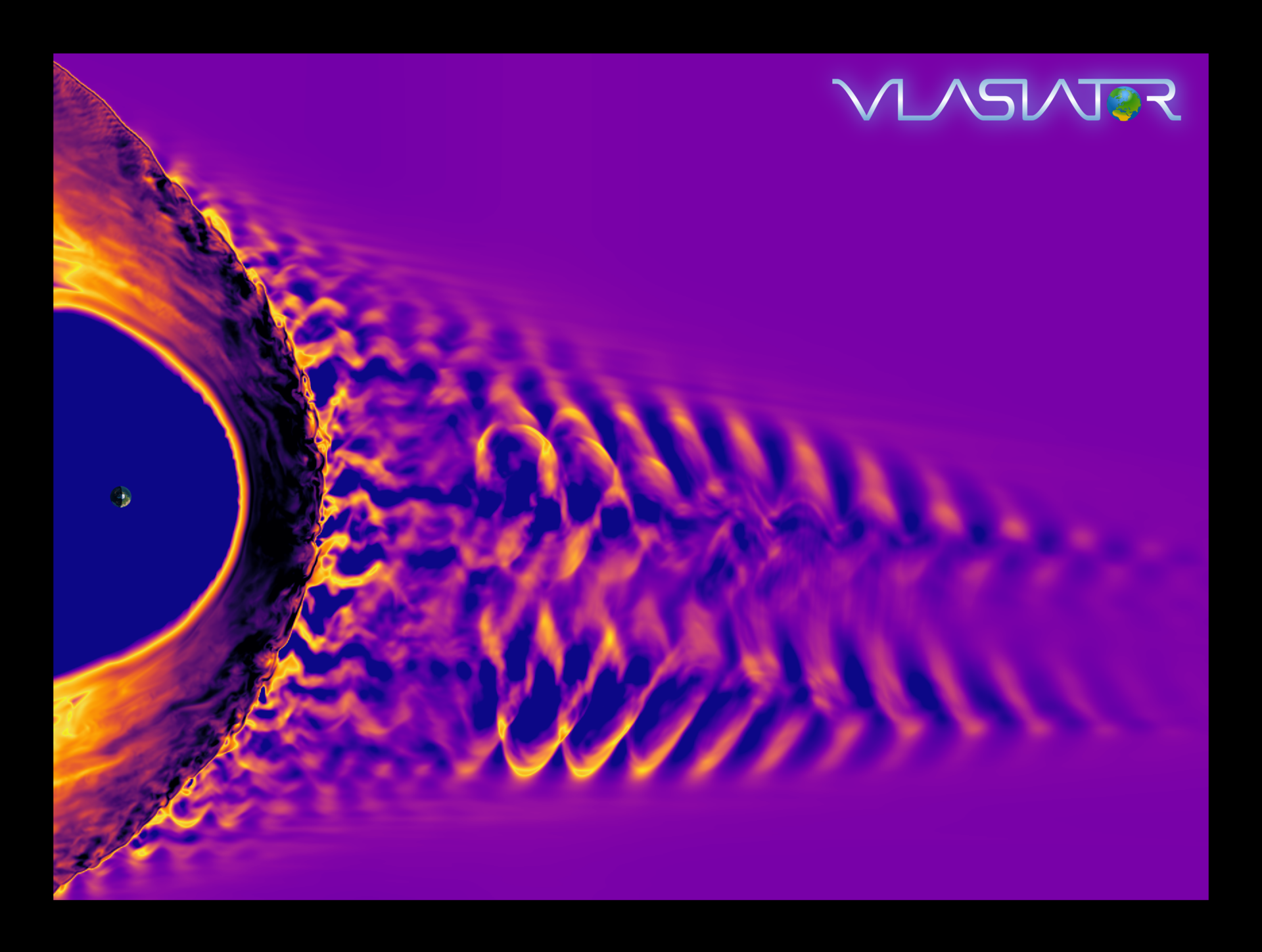 The foreshock in Earth’s magnetic environment

In this image, Earth is the dot to the left of the image and the large arc around it is our planet’s magnetic bow shock. The swirling pattern to the right is the foreshock region where the solar wind breaks into waves as it encounters reflected particles from the bow shock. The image was created using the Vlasiator model, a computer simulation developed at the University of Helsinki to study Earth’s magnetic interaction with the solar wind.