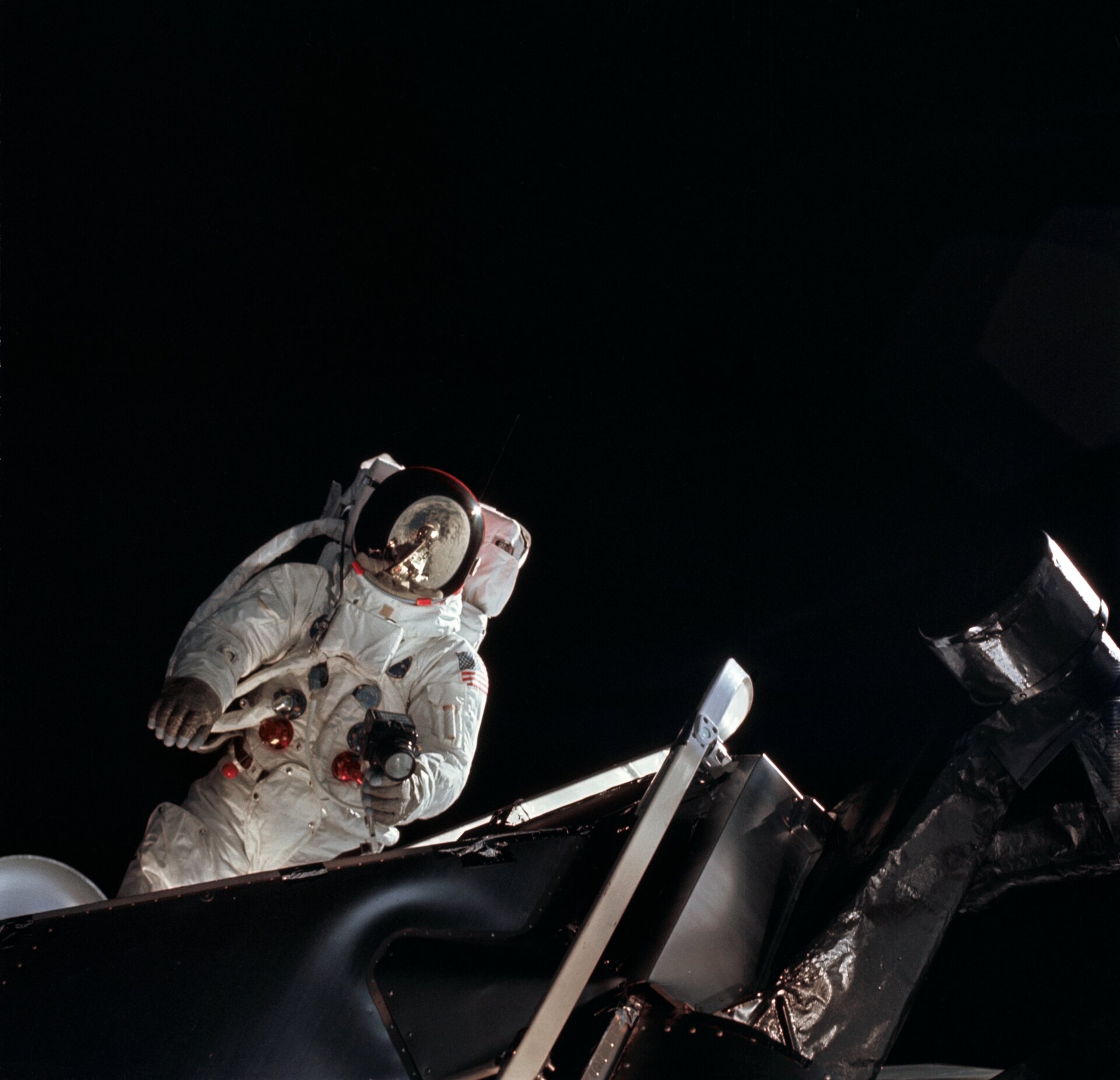 Trying out the Apollo spacesuit

Astronaut Russell L. Schweickart, lunar module pilot, operates a 70mm Hasselblad camera during his extravehicular activity on the fourth day of the Apollo 9 earth-orbital mission. The Command/Service Module and the Lunar Module 3 "Spider" are docked. This view was taken form the Command Module "Gumdrop". Schweickart, wearing an Extravehicular Mobility Unit (EMU), is standing in "golden slippers" on the Lunar Module porch. On his back, partially visible, are a Portable Life Support System (PLSS) and an Oxygen Purge System (OPS). Film magazine was A,film type was SO-368 Ektachrome with 0.460 - 0.710 micrometers film / filter transmittance response and haze filter, 80mm lens.