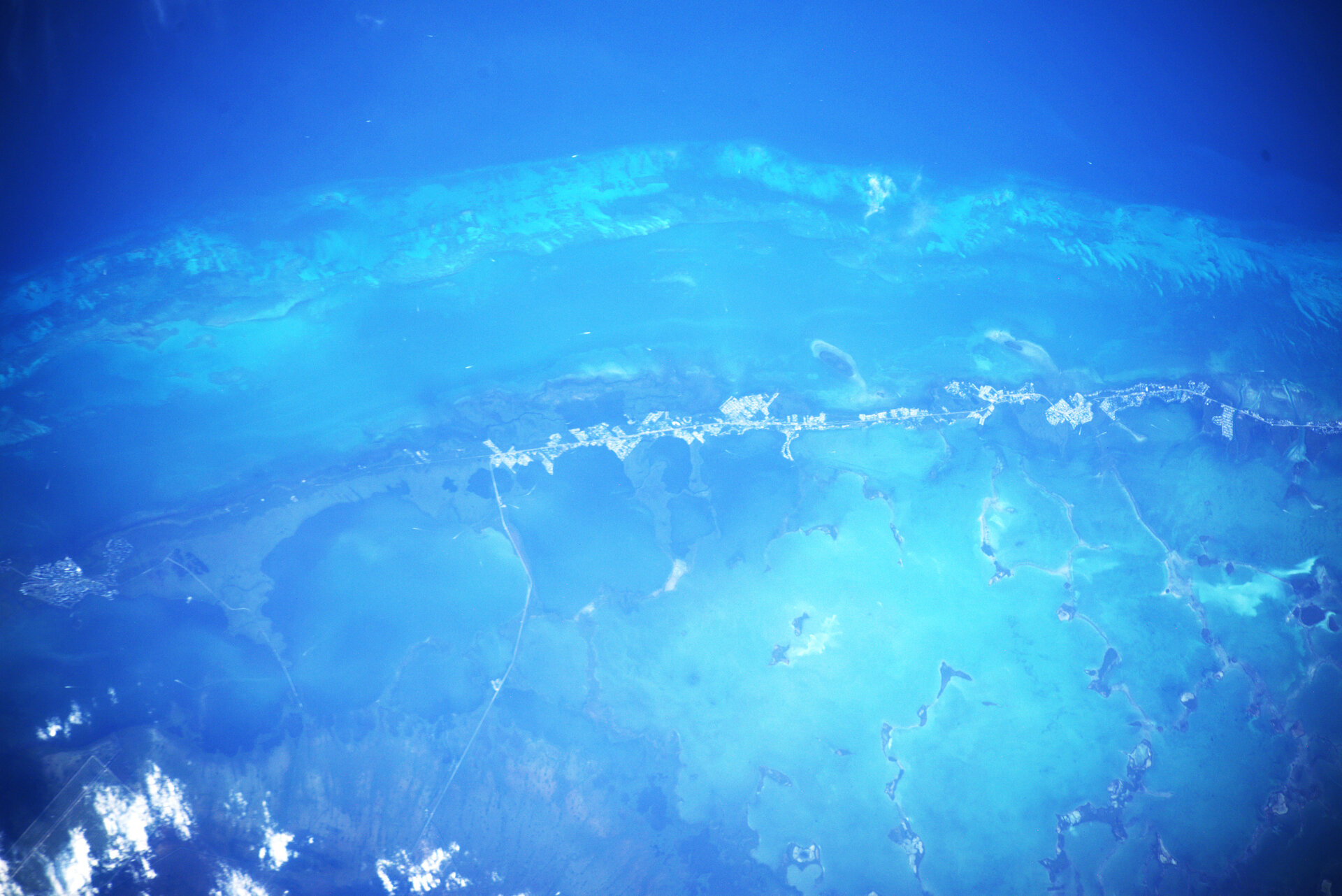 ESA astronaut Luca Parmitano snapped this image of the Florida Keys where he has many fond memories of his NASA NEEMO 20 mission. During this 14-day mission, he and his international crew lived and worked on an underwater habitat called Aquarius 19 metres below the surface of the Atlantic Ocean. There they worked to evaluate tools and techniques for future spacewalks on a variety of surfaces and at gravity levels ranging from asteroids to the moons of Mars and the Martian surface.