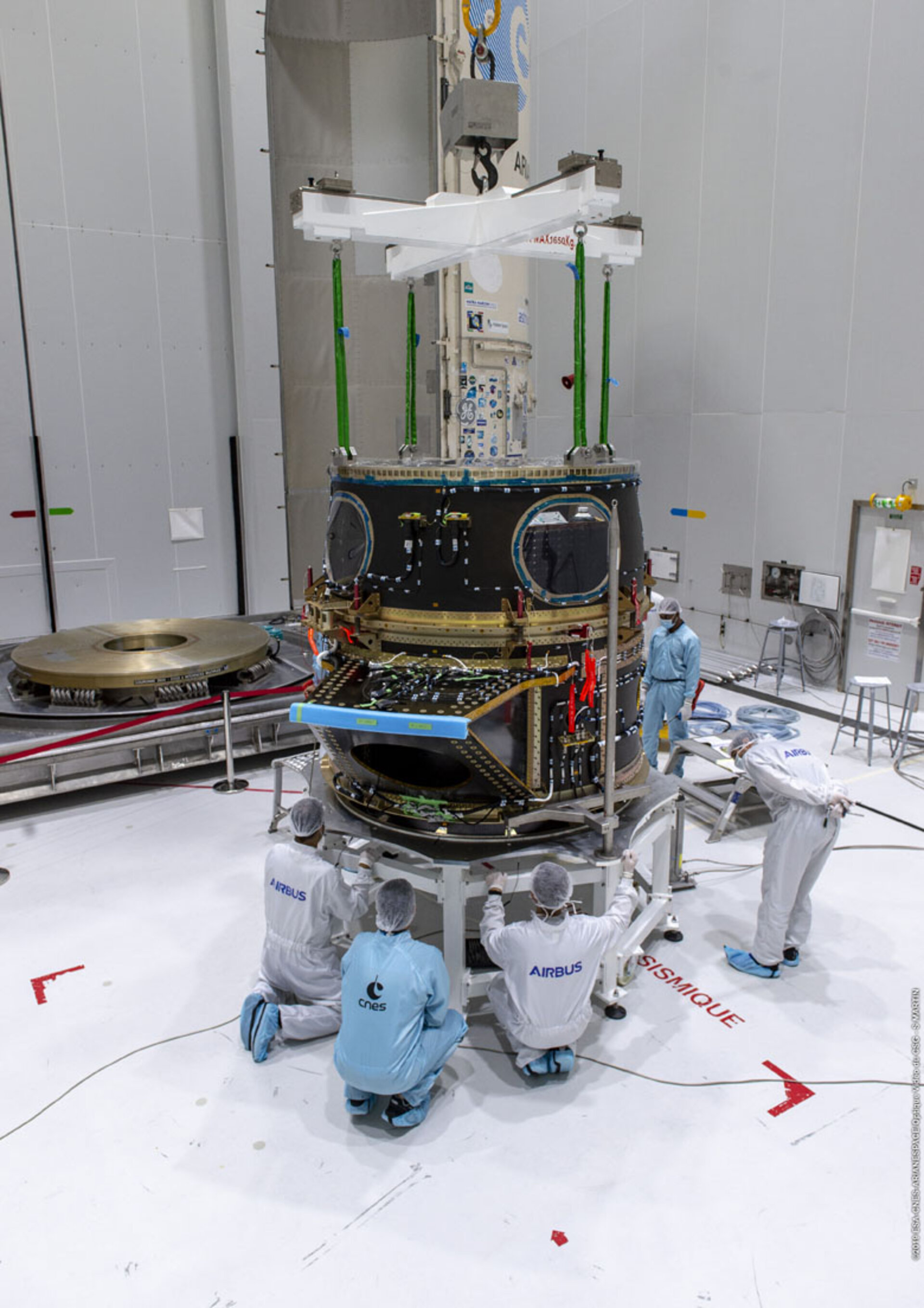 At Europe’s Spaceport in Kourou, French Guiana, ESA’s Characterising Exoplanet Satellite, Cheops, is being fitted into the flight adapter of the Soyuz-Fregat rocket that will lift it into space on 17 December.

In this picture, taken on 29 November, Cheops has been encapsulated into the Souyuz Arianespace System for Auxiliary Payloads (ASAP-S), which is mated to the conic adapter; the mechanical integration is completed by fastening the fixation bolts. The ASAP-S structure is used to integrate the main passenger, Cheops and the Cubesats into the launcher.