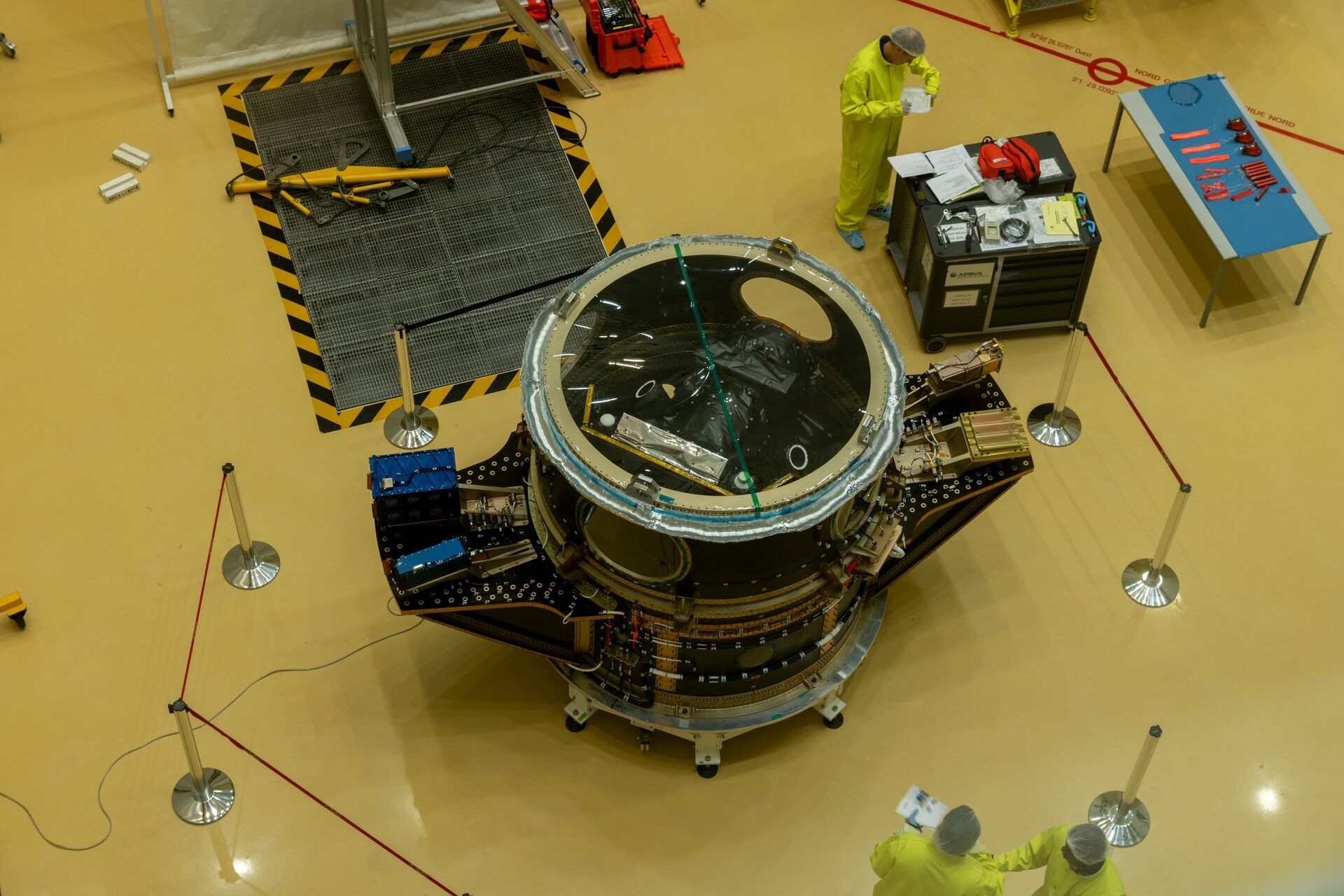 In this picture, taken on 6 December, the Souyz Arianespace System for Auxiliary Payloads (ASAP-S), enclosing Cheops and supporting the three Cubesats, is ready to be positioned atop the Fregat upper stage of the Soyuz launcher. The ASAP-S multi-passenger dispenser system will be used to integrate the main passenger, Cheops and the Cubesats into the launcher.

The Cheops instrument, radiators and star trackers can be seen inside the ASAP-S system, and the three Cubesats on the side platforms.