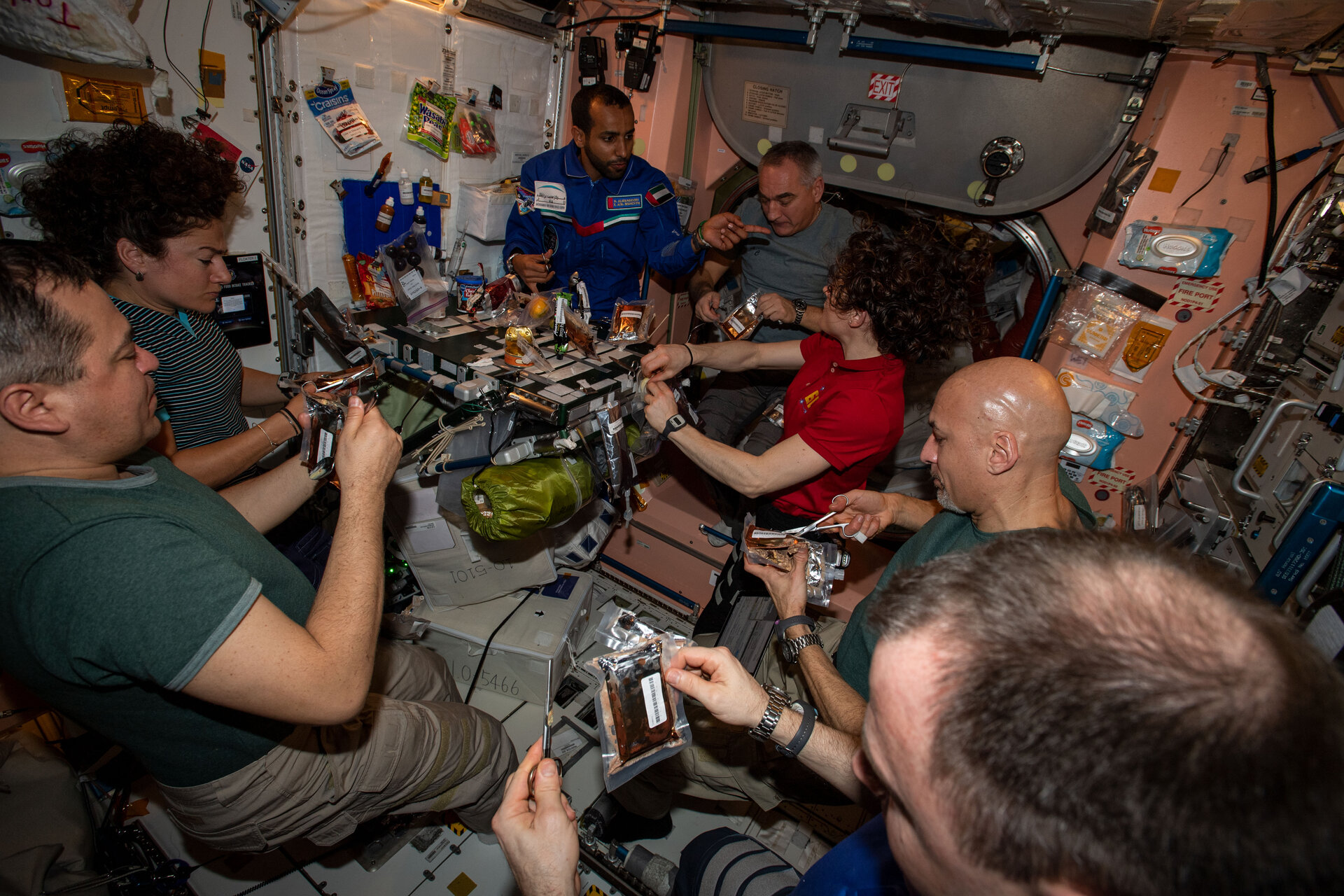 Full house on the Space Station

When Earth is so far away, it helps to have friends nearby.

The usual six-astronaut crew of the International Space Station welcomed three more and a cargo vehicle September 2019, making for a full house on the orbital outpost.

With nine people on board, the Space Station was even busier and nosier than usual, including at mealtimes.

This image was taken of the team gathered for a celebratory dinner in the Russian Zvezda module, the food preparation area of the Space Station.

Astronauts try to maintain a routine that includes social time to unwind and build comradery. This is especially important in a multicultural environment. A total of 239 people from 19 countries have visited the space home, and as of Luca’s current mission Beyond, there are 4 nationalities on board.