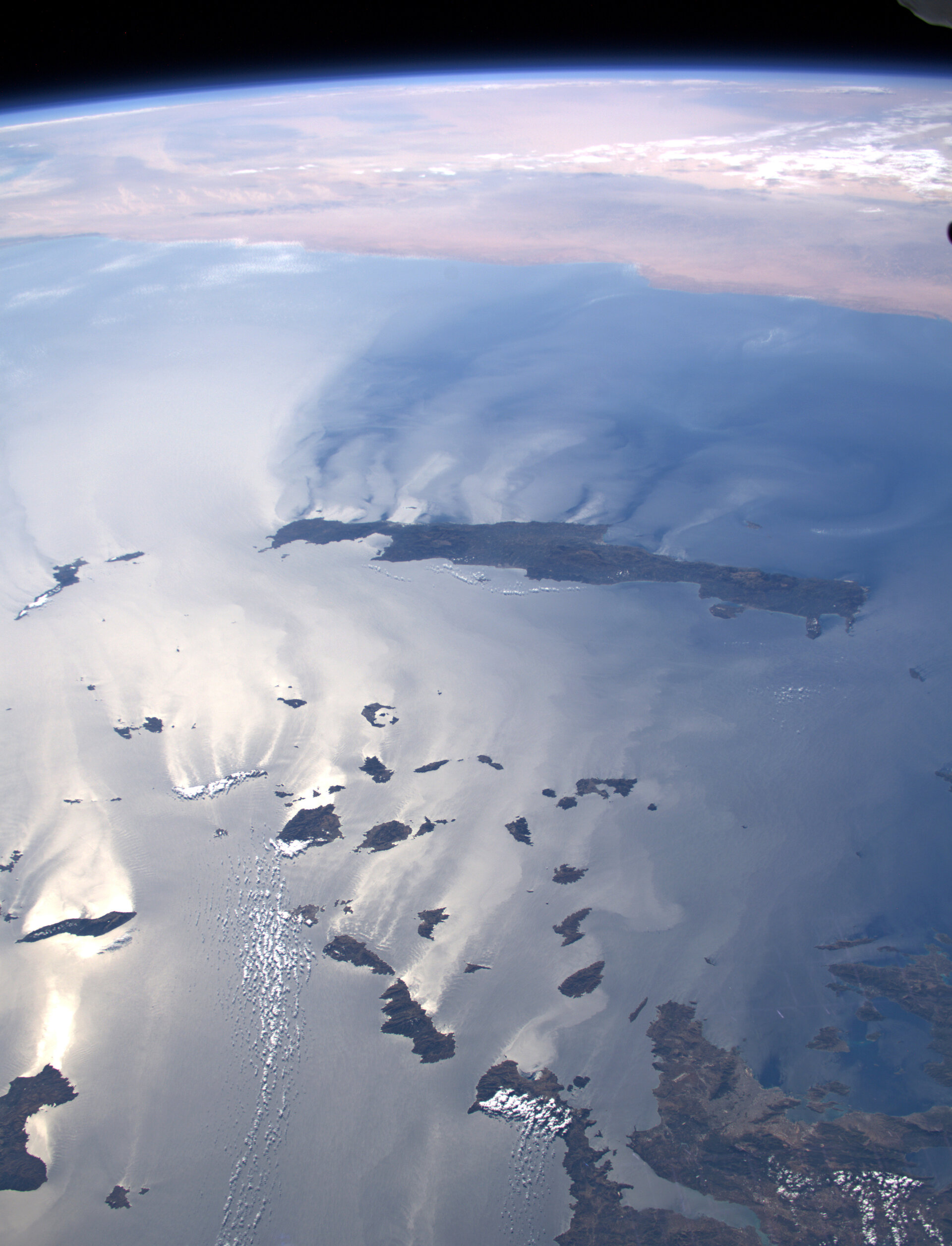 Interaction between sea and land

ESA astronaut Luca Parmitano snapped this image of Ermoupoli in the Cyclades, Greece. When he shared on social media, he captioned it "The sun glint highlights the interaction between sea and land."