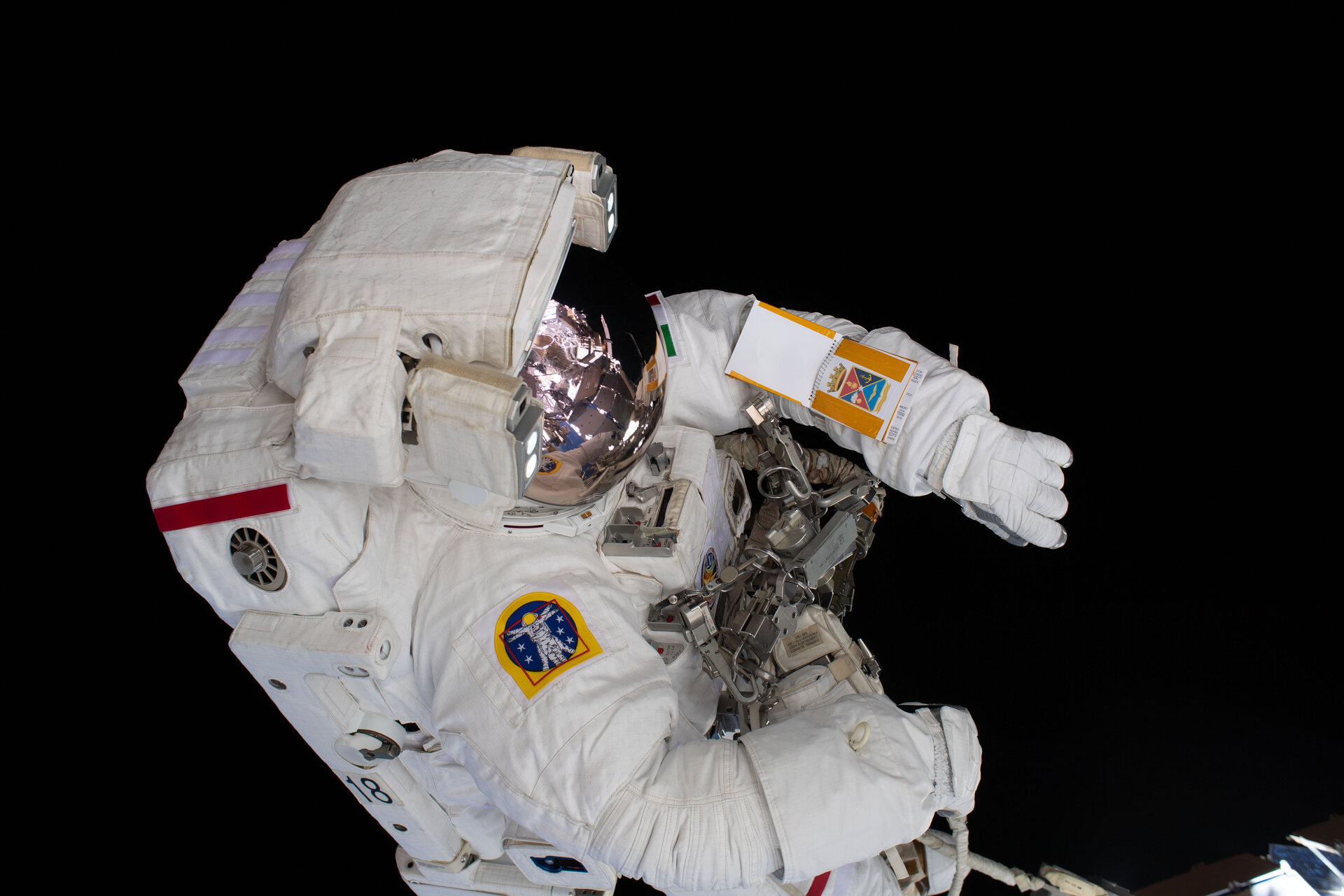 Luca in the void

'Swage' was the word of the day on Monday as ESA astronaut Luca Parmitano carried out the third spacewalk to service the cosmic ray hunting Alpha Magnetic Spectrometer AMS-02. Here Luca is suspended above Earth as he is moved to a he second worksite to swage, or join, the instrument’s tubes to a new pump system that will give it a new lease on life.

Luca rode the arm into position, seen in this image, and together with Drew screwed the new pump onto AMS. The system was powered on and Luca was moved to a different location by robotic arm for the swage operations. Luca did six swages before taking the robotic arm ride again to the underside of AMS for the last two and finish the job.