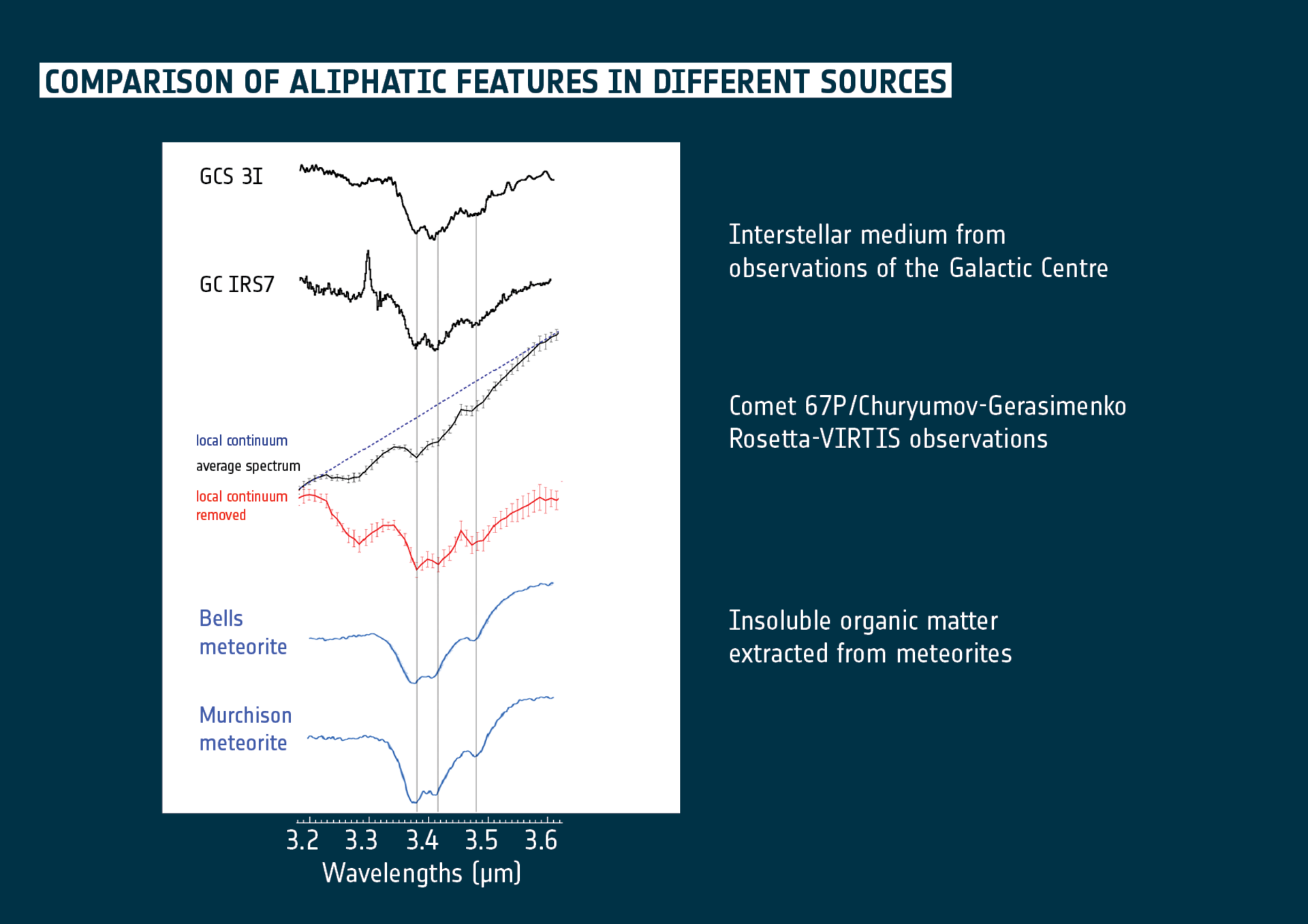 Signatures of hydrogen and carbon chains known as organic aliphatic compounds detected in different astronomical sources: the interstellar medium, based on observations of the Galactic Centre (top); Comet 67P/Churyumov-Gerasimenko, based on observations performed with the Visible and Infrared Thermal Imaging Spectrometer (VIRTIS) on ESA's Rosetta mission (middle); and insoluble organic matter extracted from meteorites that we have found on Earth (bottom).

The similarities between the composition of Rosetta's comet and the interstellar medium, asteroids and meteorites indicate that the comet contains unaltered presolar material from the primordial cloud that went on to form the Solar System.