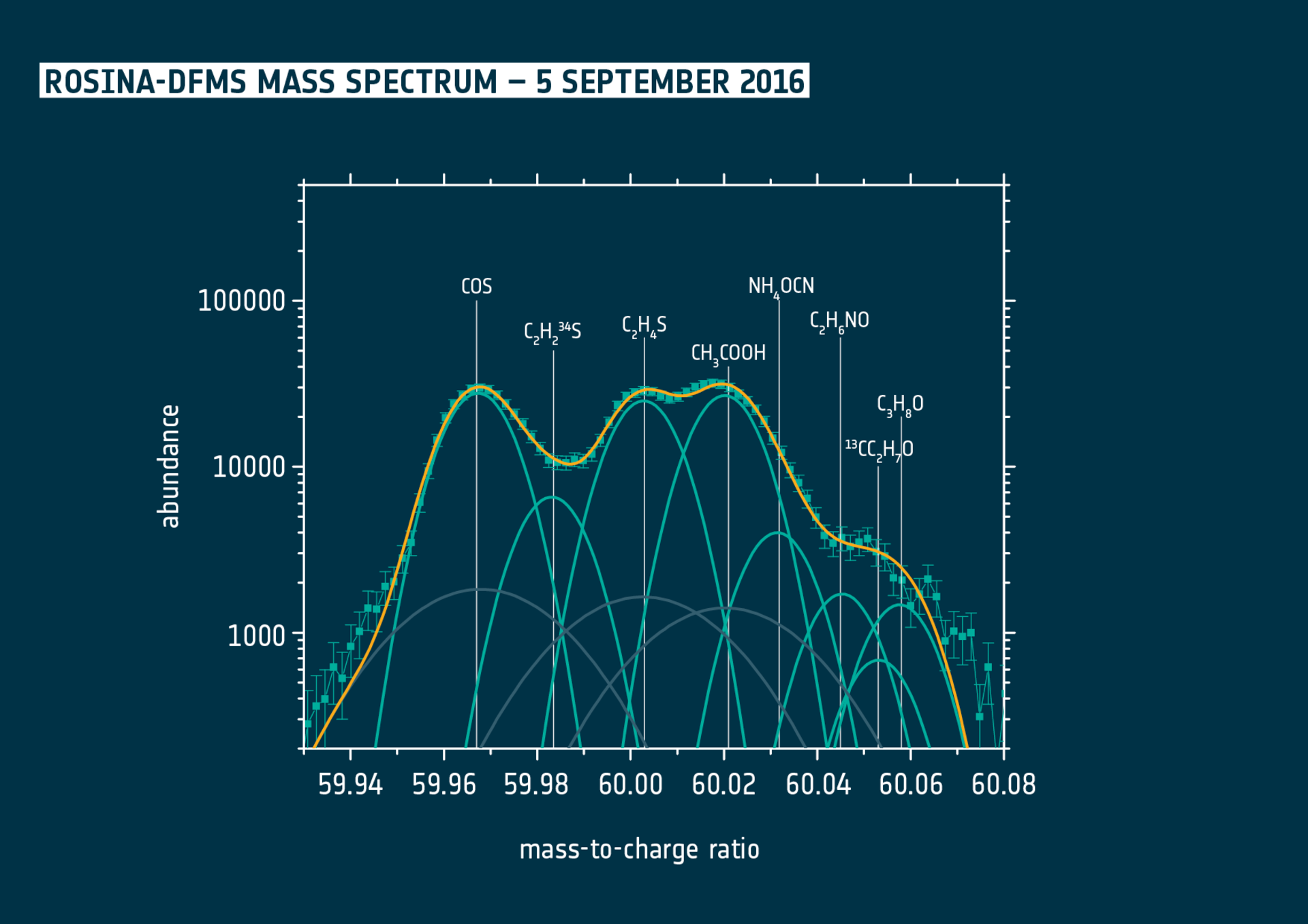 Mass spectrum recorded by the ROSINA-DFMS instrument on ESA's Rosetta mission at Comet 67P/Churyumov-Gerasimenko on 5 September 2016.

Several compounds recorded by ROSINA at the comet are products of the sublimation of ammonium salts. The discovery provides a possible explanation to the nitrogen depletion mystery, suggesting that the ‘missing’ nitrogen may in fact be tied up in ammonium salts that are difficult to detect in space.

Ammonia, a molecule comprising one nitrogen and three hydrogen atoms, is one of the main carriers of volatile nitrogen, and readily combines with various acids found in both the space between stars and in cometary ice to form salts. These ammonium salts are thought to be the starting point for far more complex compounds – such as urea and glycine, the latter of which was also found on Rosetta’s comet – that are known to be precursors to life as we know it on Earth.