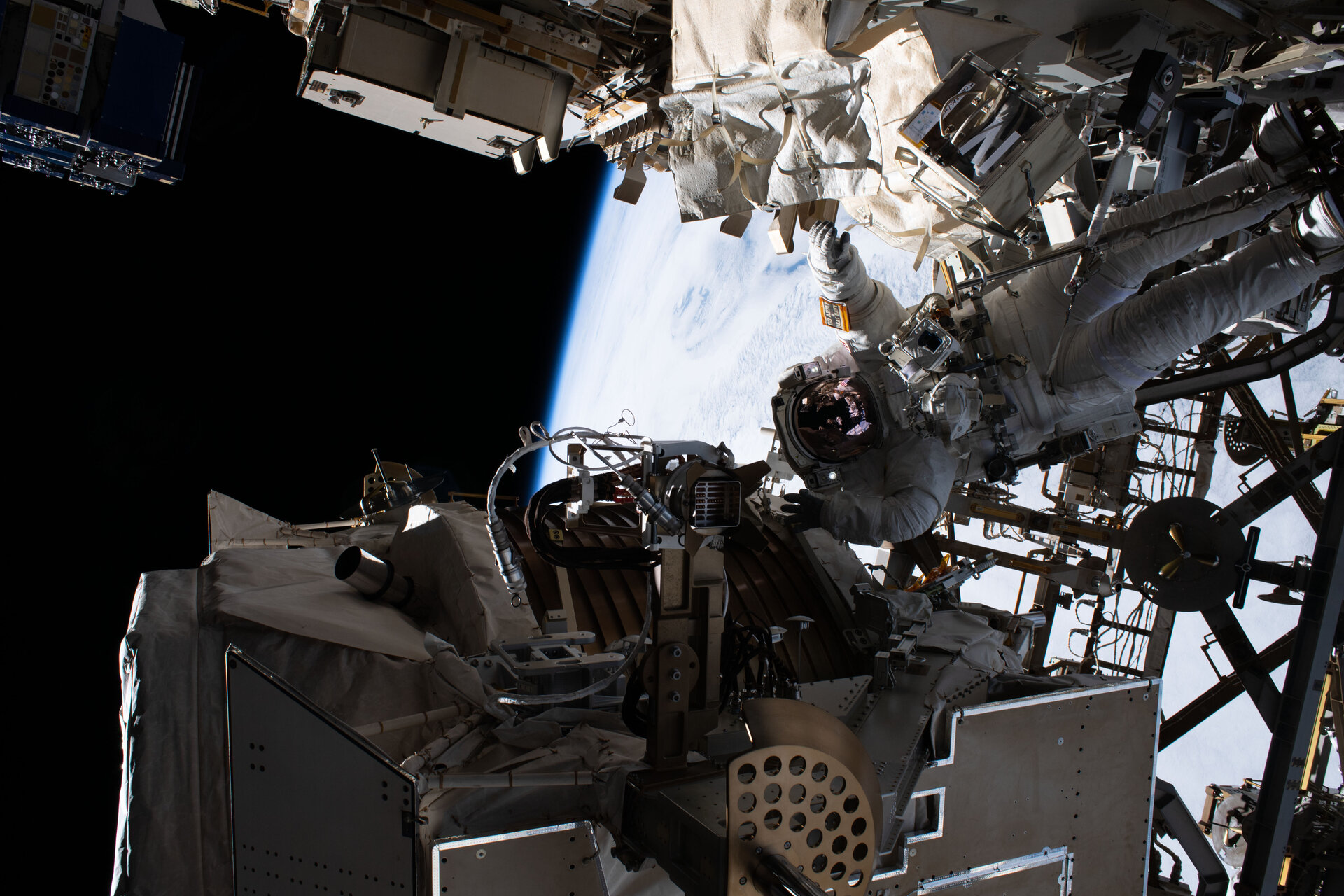 Image taken by ESA astronaut Luca Parmitano from outside the International Space Station on the second spacewalk to service the cosmic ray detecting Alpha Magnetic Spectrometer (AMS-02) on 22 November 2019.

NASA astronaut Drew Morgan was positioned at the AMS-02 facility (centre) and handed Luca the tools to cut tubes in preparation to install a new cooling system. Luca made the tubes rounded sharp edges by capping them and connected them to the new system during the third spacewalk in the series.

Due to the the AMS worksite being difficult to reach on top of the Station’s S3 Truss structure between a pair of solar arrays and radiators, Luca travelled to and from the site on the end of the robotic arm operated by NASA astronaut Jessica Meir from inside the Station.