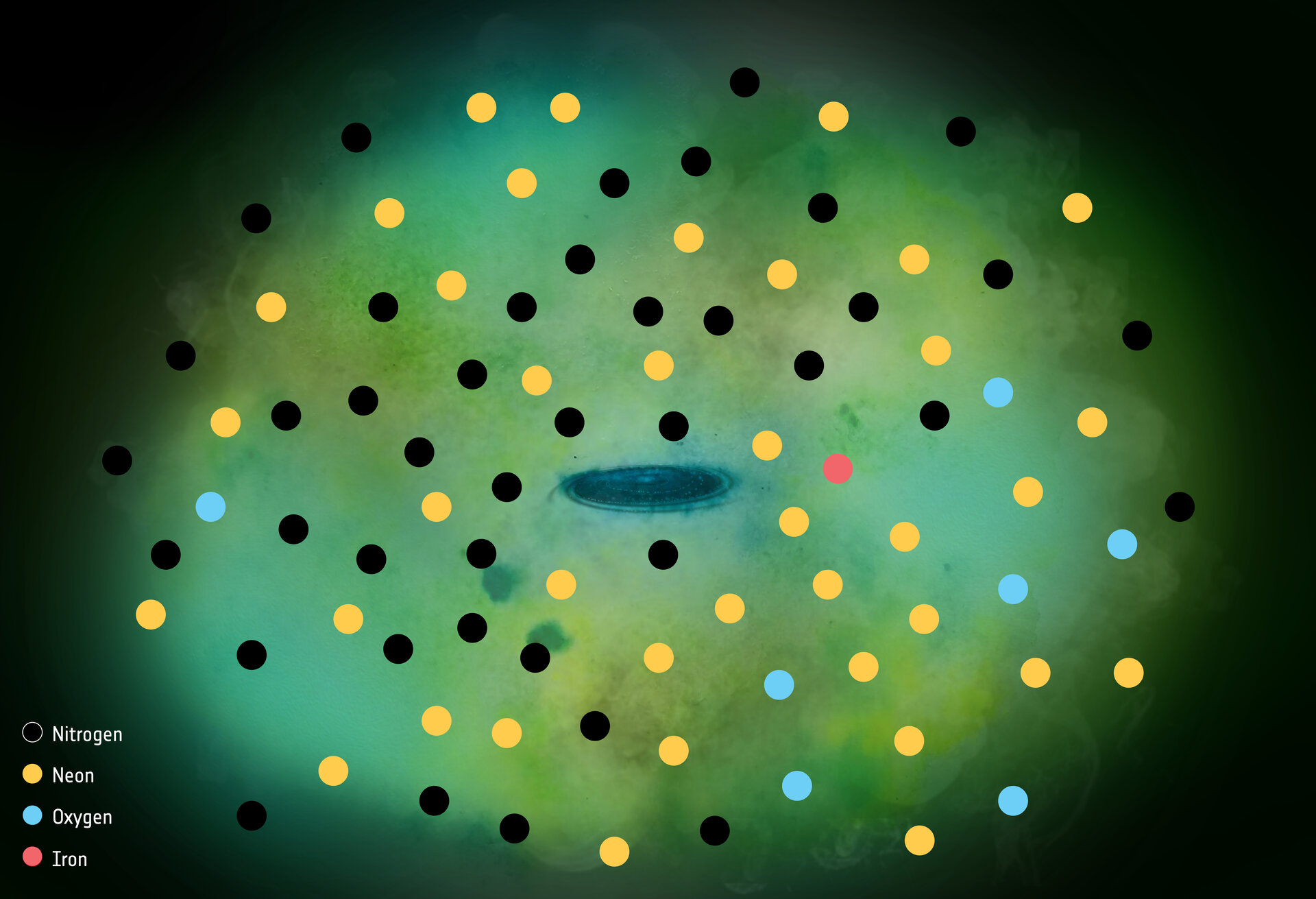 This artist's impression shows the Milky Way (the small galaxy depicted at the centre of the frame) and its halo (the extended gaseous region). The dots scattered across the halo represent elements and their relative abundances, as detected by ESA’s XMM-Newton X-ray space observatory: nitrogen (black, 41 dots), neon (orange/yellow, 39 dots), oxygen (light blue, 7 dots) and iron (red, 1 dot).

A halo is a vast region of gas, stars and invisible dark matter surrounding a galaxy. It is a key component of a galaxy, connecting it to wider intergalactic space, and is thus thought to play an important role in galactic evolution.

A study using XMM-Newton now shows that the Milky Way’s halo contains not one but three different components of hot gas, with the hottest of these being a factor of ten hotter than previously thought. This is the first time multiple gas components structured in this way have been discovered in not only the Milky Way, but in any galaxy.

The study also found that the halo has a different chemical makeup than predicted – it contains less iron than expected, indicating that the halo has been enriched by massive dying stars, and also less oxygen, likely due to this element being taken up by dusty particles in the halo.

This image illustrates the halo in three different shades – emerald, yellow and green. These all mix together throughout the halo, and each represents gas of a different temperature.