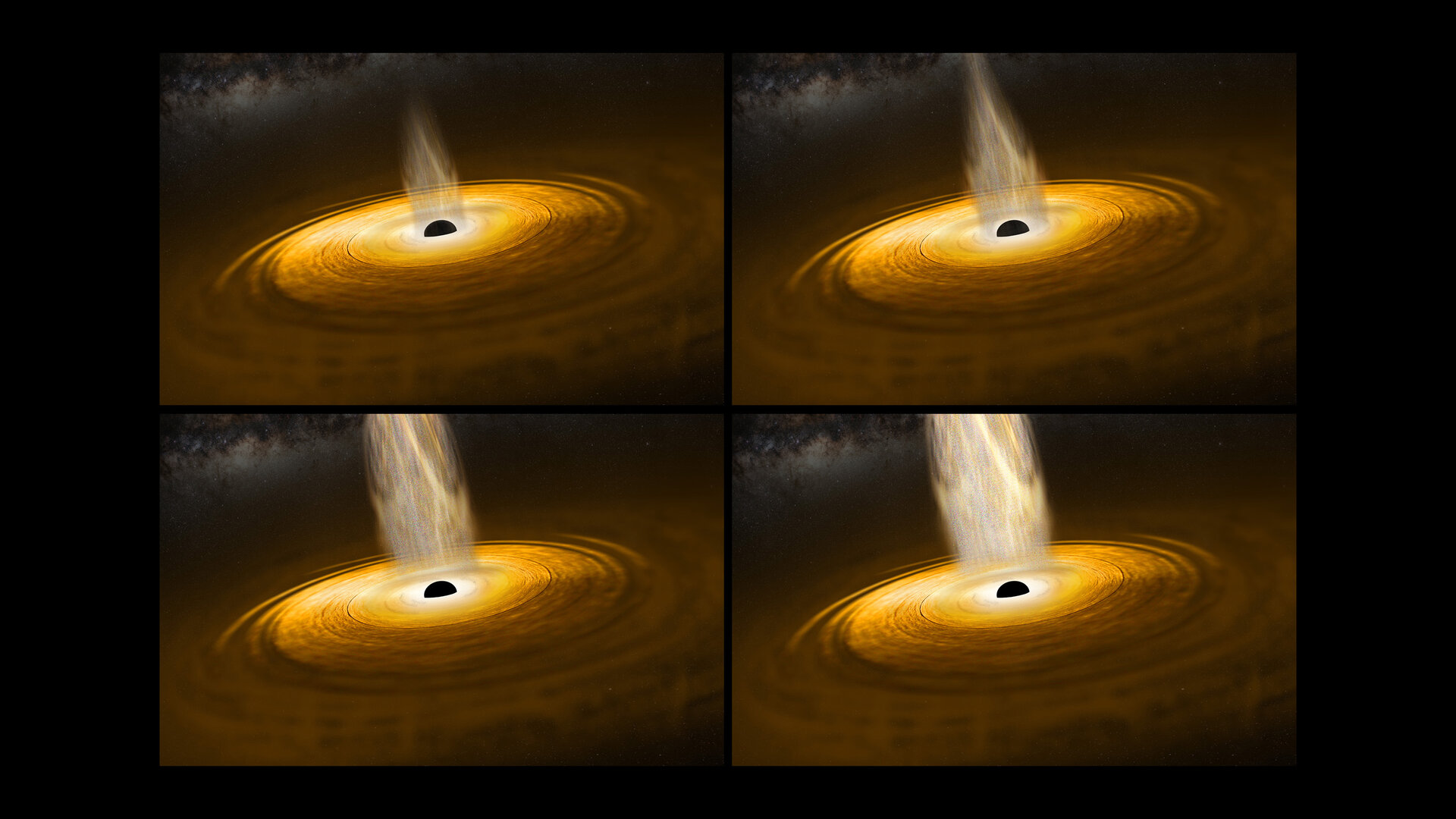 Mapping the surroundings of a black hole

These illustrations show the surroundings of a black hole feeding on ambient gas as mapped using ESA’s XMM-Newton X-ray observatory.

As the material falls into the black hole, it spirals around to form a flattened disc, as shown here, heating up as it does so. At the very centre of the disc, close to the black hole, a region of very hot electrons – with temperatures of around a billion degrees – known as the corona produced high-energy X-rays that stream out into space.

A new study has used the reverberating echoes of this radiation, as observed by XMM-Newton, to map the surroundings of a black hole. The study focussed on the black hole at the core of an active galaxy named IRAS 13224–3809, which is one of the most variable X-ray sources in the sky, undergoing very large and rapid fluctuations in brightness of a factor of 50 in mere hours.

By tracking the X-ray echoes, it was possible to trace the dynamic behaviour of the corona itself, where the intense X-ray emission originates from. The corona is shown here as the bright region hovering over the black hole, changing in size and brightness. The study found that the corona of the black hole within IRAS 13224–3809 changed in size incredibly quickly, over a matter of days.