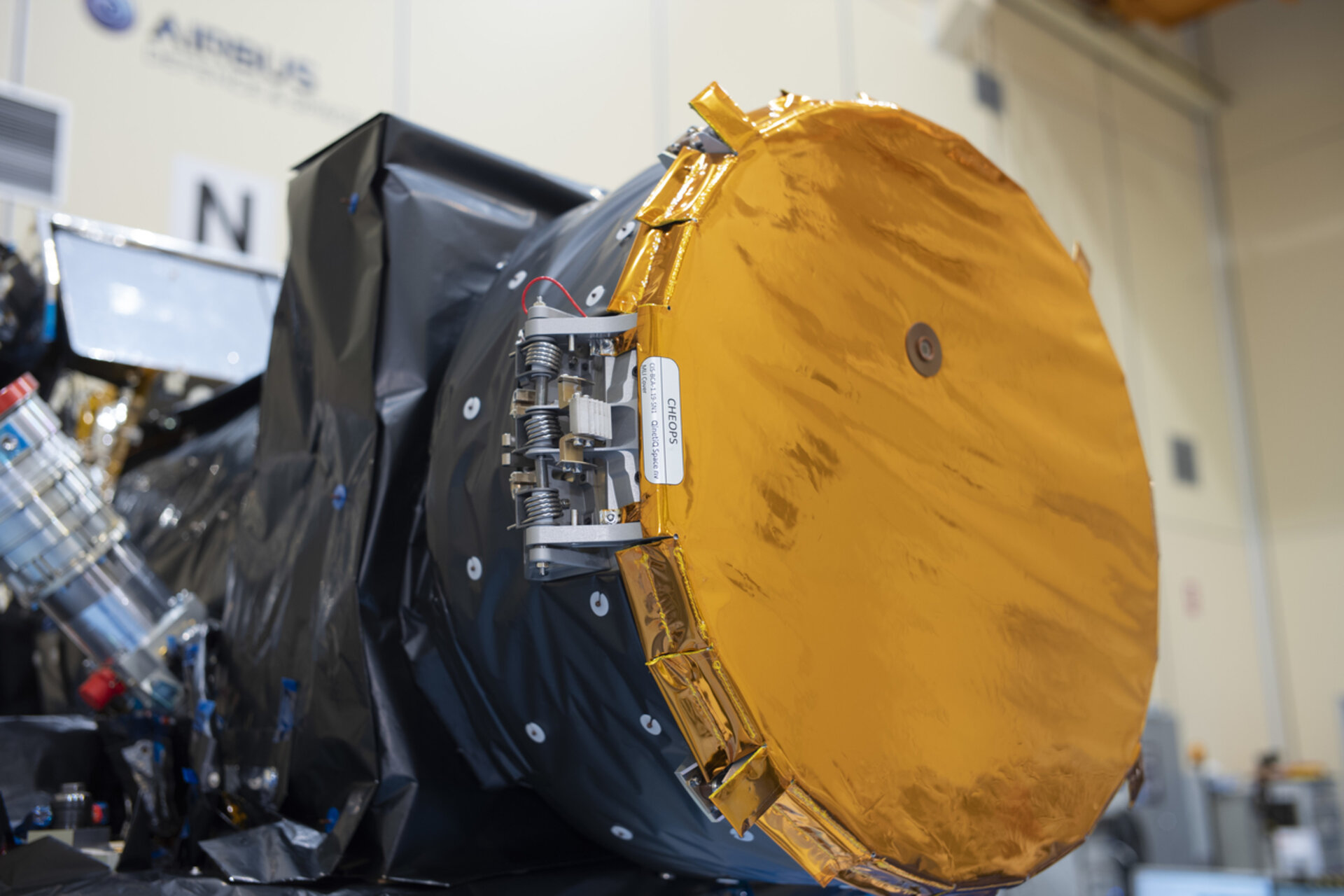 The baffle cover of Cheops in the clean room

The telescope baffle cover of the Cheops satellite, pictured here during spacecraft testings in the cleanroom at Airbus Defence and Space Spain, Madrid, protected the mission's science instrument from dust and bright light during testing, launch and the early phases of in-orbit commissioning.

The cover lid consists of an aluminium frame covered with copper-coloured, multi-layer insulation (MLI) sheeting. The spring-loaded hinge mechanism that connects the cover lid to the baffle is clearly visible in the foreground of the image. On the opposite side of the baffle (not visible in this photo), a locking mechanism held the cover closed.

Following the Cheops launch on 18 December 2019, the baffle cover locking mechanism was released in orbit on 29 January 2020, allowing starlight to enter the telescope for the first time.