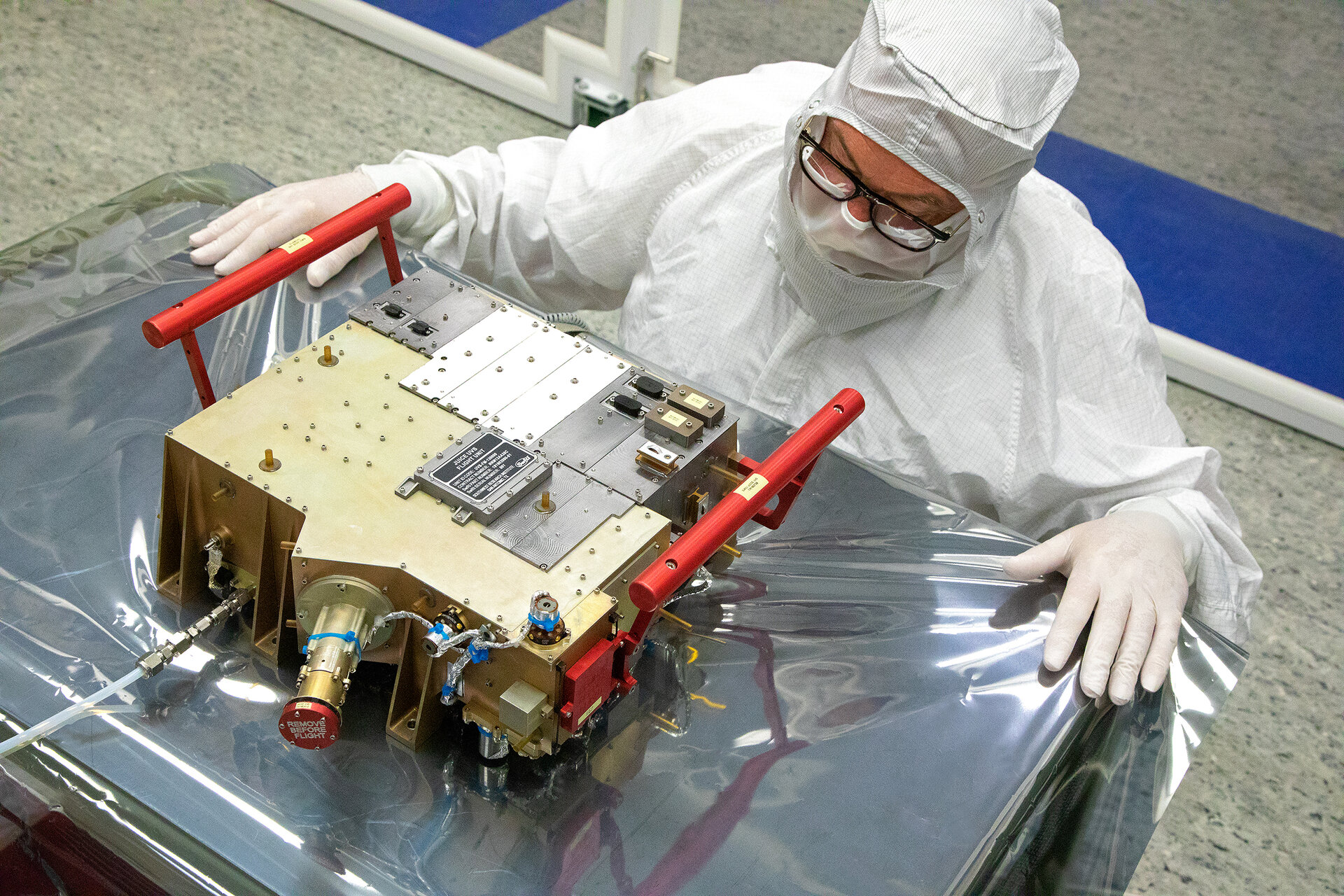 The first instrument to fly on ESA’s Jupiter Icy Moon Explorer, or Juice, has been delivered for integration onto the spacecraft this month. The ultraviolet spectrograph, or UVS for short, pictured in this photo while being prepared before shipping, was designed and built by Southwest Research Institute in San Antonio, TX, US.

Juice is the first large-class mission in ESA's Cosmic Vision 2015–2025 programme. With launch scheduled in 2022, it will arrive at Jupiter in 2029 to perform detailed observations of the giant planet and three of its largest moons: Ganymede, Callisto and Europa.

The mission, which is being developed by Airbus Defence and Space as prime contractor, comprises 10 state-of-the-art instruments to investigate the Jupiter system plus one experiment that uses the spacecraft telecommunication system jointly with ground-based radio observations (Very Long Baseline Interferometry). The 10 instruments will perform in situ measurements of Jupiter's atmosphere and plasma environment as well as remote observations of the surface and interior of the three icy moons.

As part of Juice’s comprehensive suite of instruments, UVS will get close-up views of Europa, Ganymede and Callisto, which are all thought to host underground oceans beneath their icy surfaces. By recording the ultraviolet light emitted, transmitted and reflected by the moons, the instrument will reveal the composition of their surfaces and atmospheres, and enable investigations of how these icy bodies interact with Jupiter and its giant magnetosphere.

UVS will cover the wavelength range between 55 and 210 nm with spectral resolution better than 0.6 nm. It will achieve a spatial resolution of 0.5 km at Ganymede and up to 250 km at Jupiter.

The instrument is now at the premises of Airbus Defence & Space GmbH in Friedrichshafen, Germany, where it will be integrated on the spacecraft. The other nine instruments are being integrated and tested by the respective instrument teams and will be delivered for integration over the course of 2020.