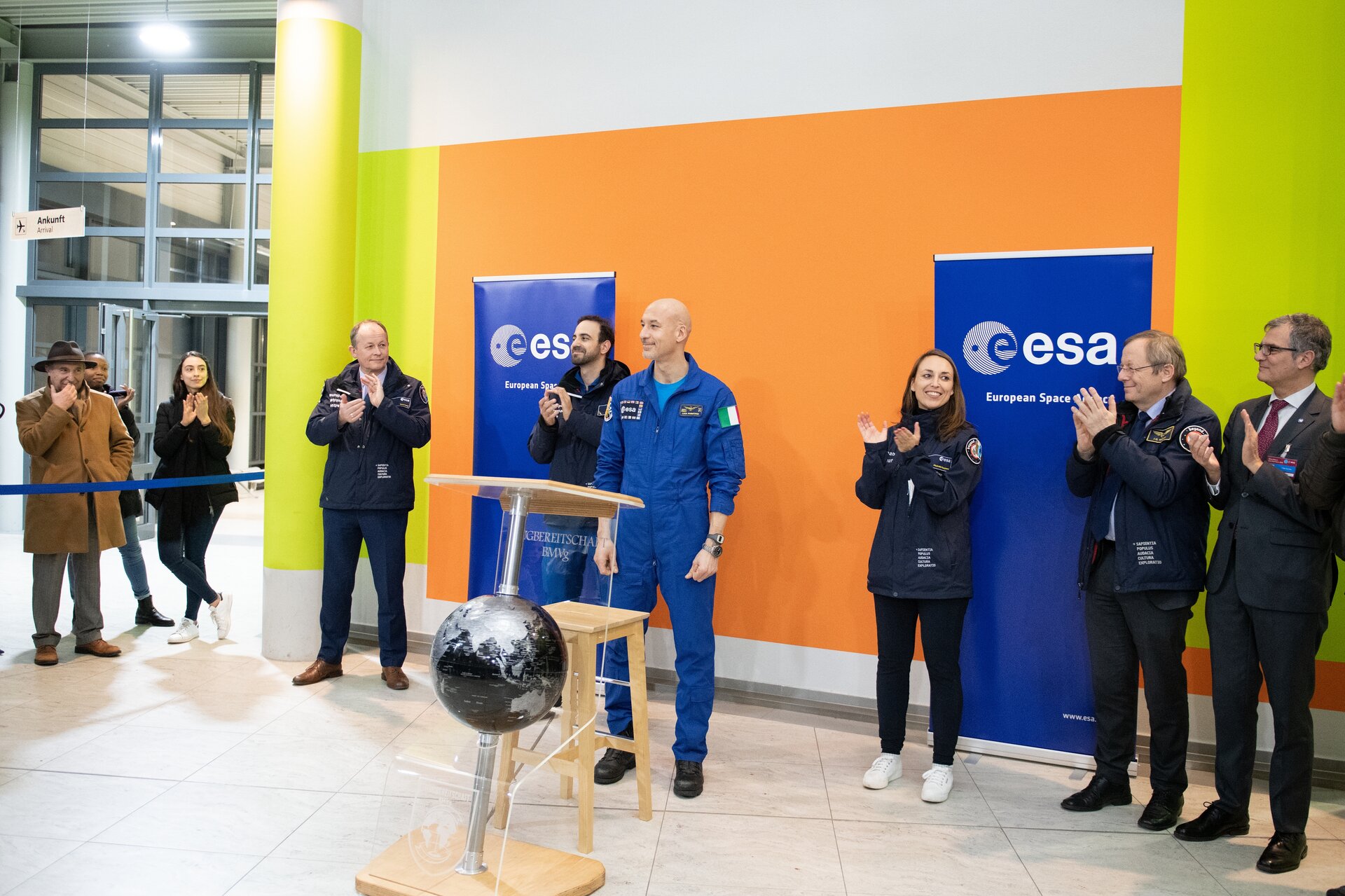 ESA astronaut Luca Parmitano landed in the military area of the Cologne-Bonn Airport at 21:00 GMT (22:00 CET), 6 February 2020 after returning from his second six-month mission on the International Space Station.

During his second mission, known as ‘Beyond’, Luca became the third European and first ever Italian in command of the International Space Station, played the first DJ set from space, remotely operated a rock-collecting rover in the Netherlands, performed four complex spacewalks while setting the European record for longest cumulative spacewalking time and supported over 200 international experiments.

From his base at ESA’s Astronaut Centre in Cologne, Luca will continue to assist researchers with baseline data collection as he undertakes an extensive programme of rehabilitation under the guidance of ESA experts.