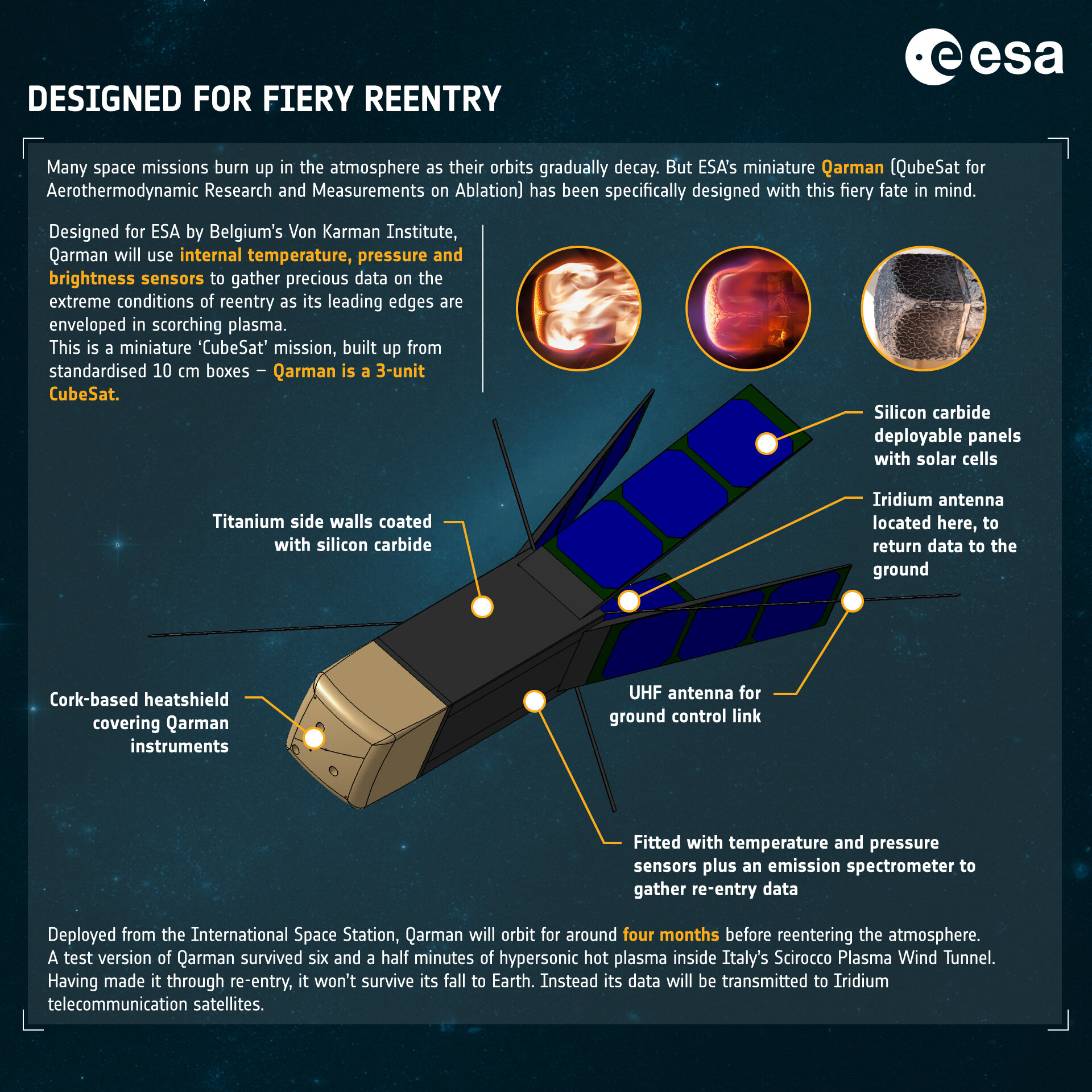 A 3-unit CubeSat due for deployment from the International Space Station, Qarman has been designed for ESA by Belgium’s Von Karman Institute. Its name standing for QubeSat for Aerothermodynamic Research and Measurements on Ablation, the mission will use internal temperature, pressure and brightness sensors to gather precious data on the extreme conditions of reentry as its leading edges are enveloped in scorching plasma.

Qarman’s blunt-nosed front contains most of its sensors, protected by a cork-based heatshield. The CubeSat is expected to survive its reentry, although not its subsequent fall to Earth – making it imperative that its results make it back in the time in between, using the Iridium commercial satellite network.