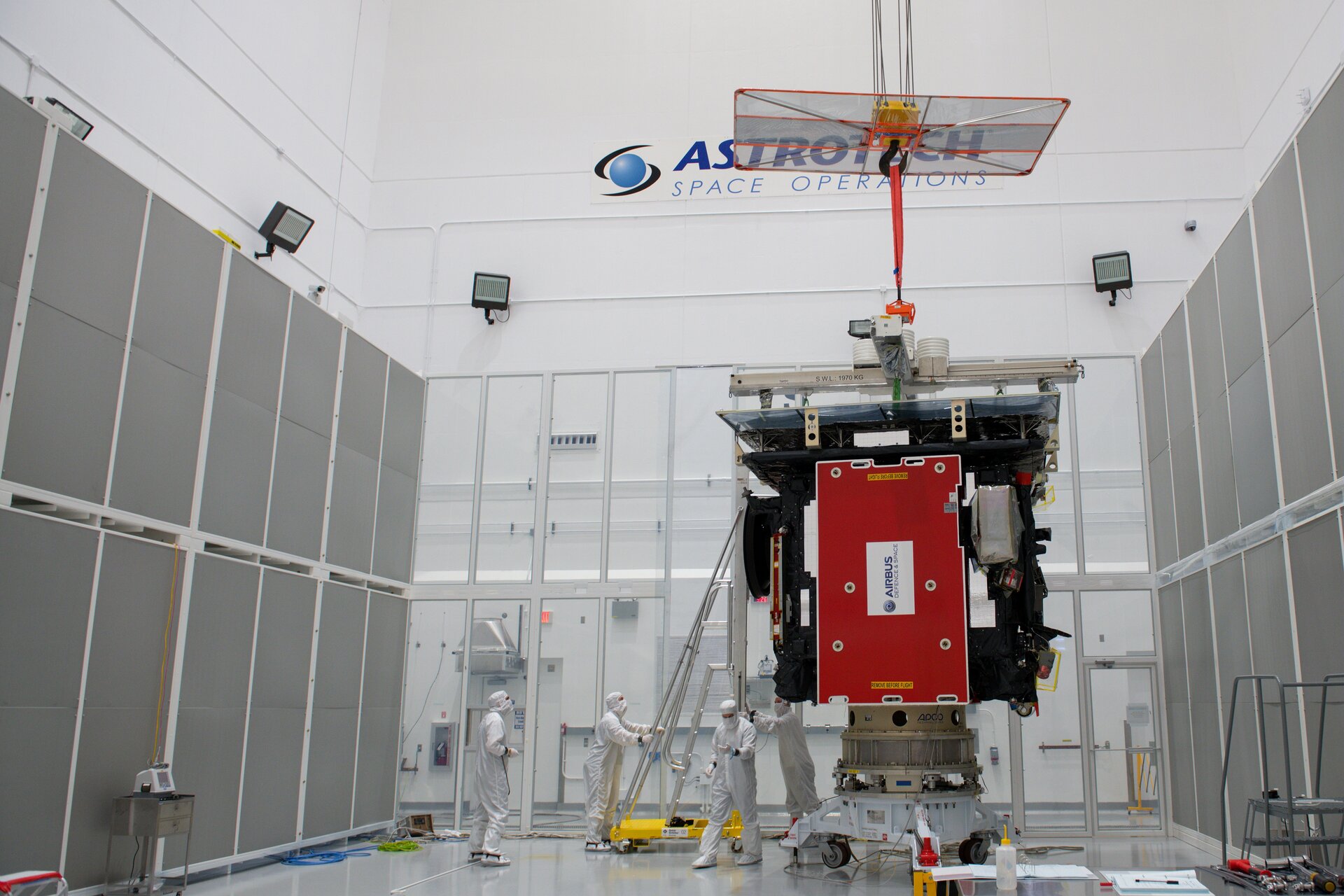 Technicians in the cleanroom at the Astrotech payload processing facility near Kennedy Space Center in Florida preparing ESA’s Solar Orbiter spacecraft for integration with the Atlas V 411 rocket payload adaptor during launch preparations on 16 January 2020.

Solar Orbiter is an ESA-led space mission with strong NASA participation to study the Sun, its outer atmosphere and what drives the dynamic outflow of solar wind that affects Earth. The spacecraft will observe the Sun's atmosphere up close with high spatial resolution telescopes and compare these observations with measurements taken in the environment directly surrounding the spacecraft – together creating a detailed picture of how the Sun affects the space environment around Earth and further out in the Solar System.

Thanks to its unique — and difficult to achieve — orbit, Solar Orbiter will also provide the first-ever pictures of the Sun's polar regions, offering key insights into the poorly-understood magnetic environment there, which helps drive the Sun’s 11-year solar cycle and its periodic outpouring of solar storms. Solar Orbiter relies on a combination of 10 instruments, built throughout Europe and in the US. The instruments, combining both remote-sensing observations and in situ measurements, were carefully chosen and designed so as to support and amplify each other’s observations, together providing the single, most comprehensive and integrated view of the Sun and its environment ever achieved.