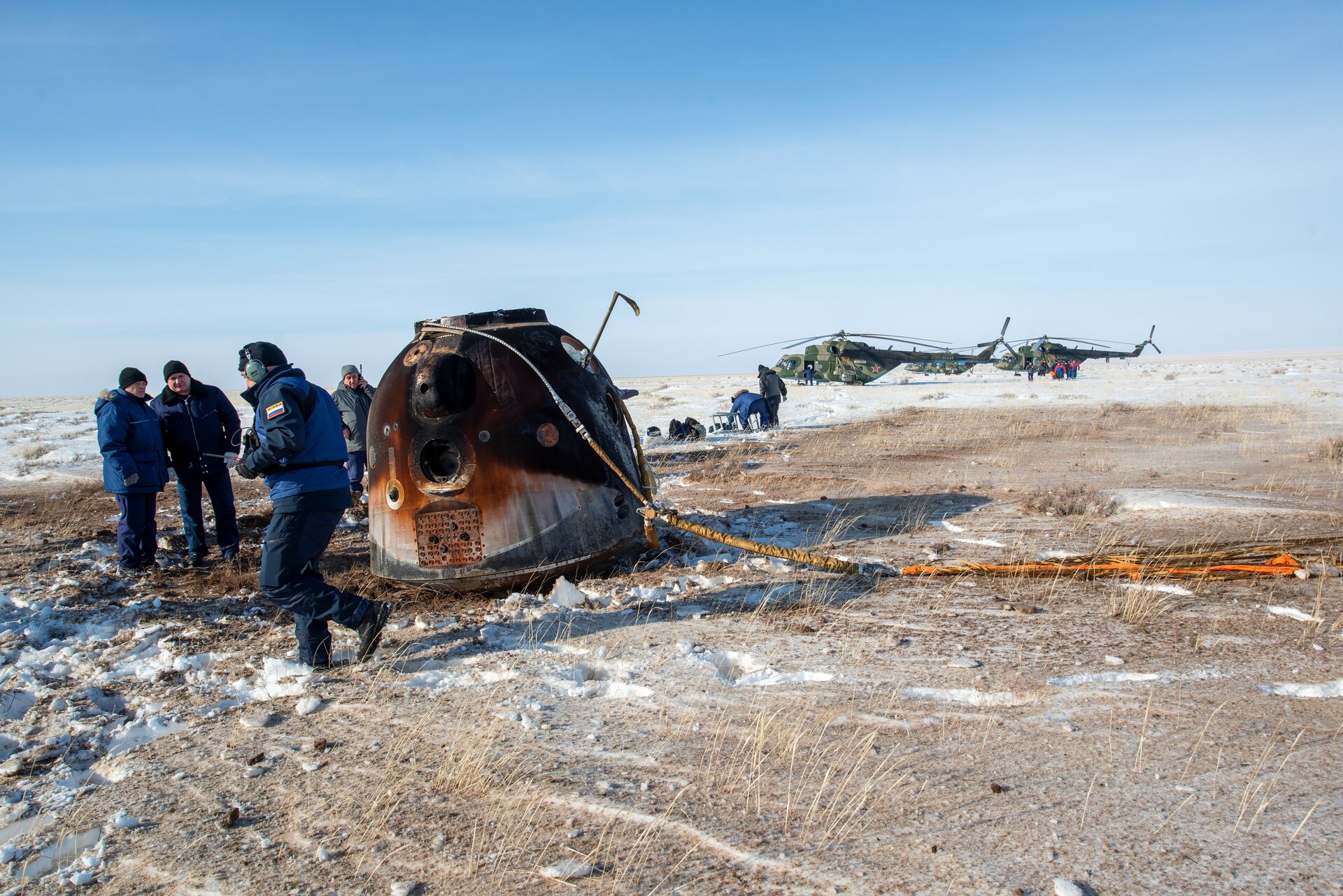 The Soyuz MS-13 spacecraft after landing in Kazakhstan, on 6 February 2020.