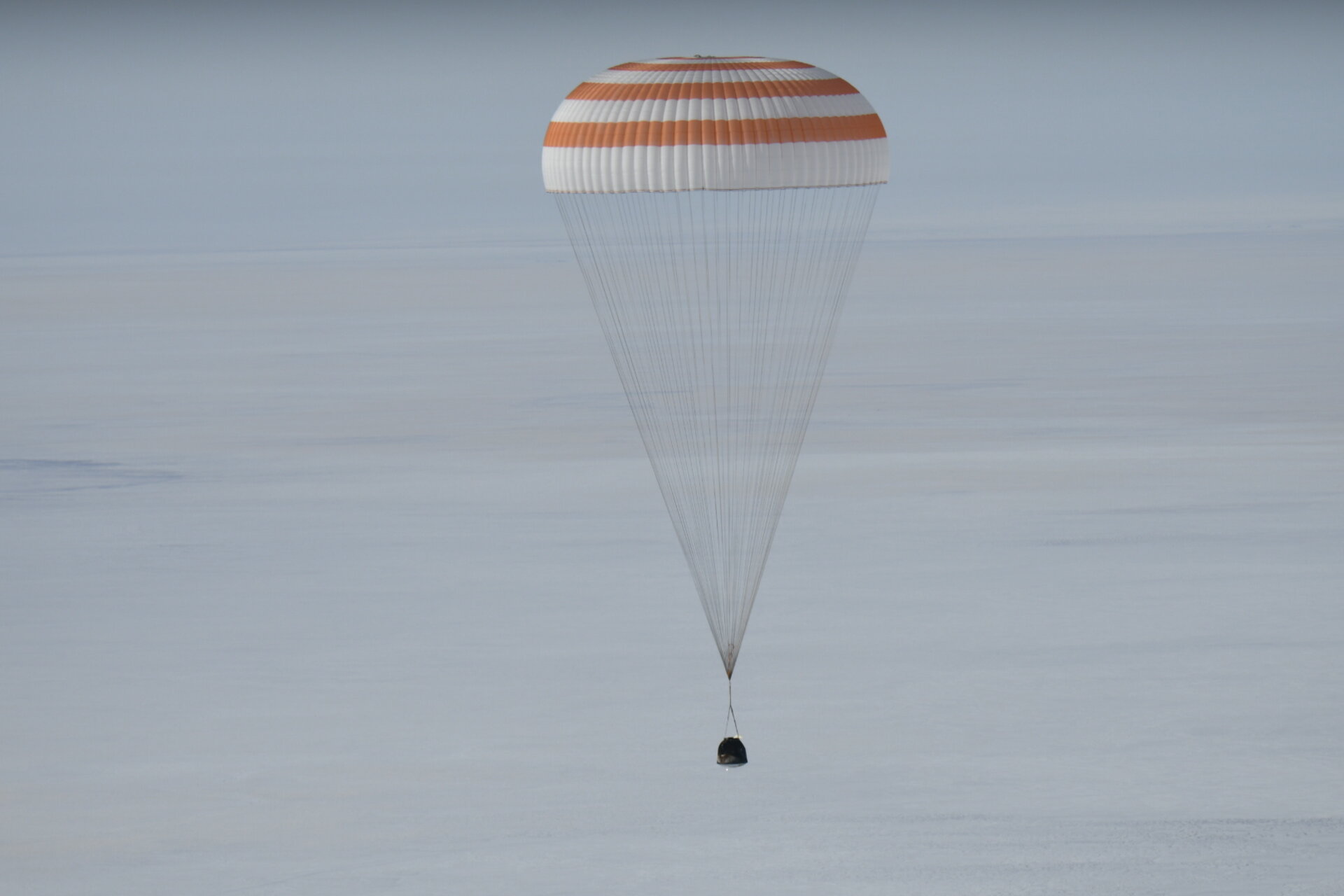 The Soyuz MS-13 spacecraft descends under its parachute, photographed from a recovery helicopter circling the touchdown zone in Kazakhstan, on 6 February 2020.