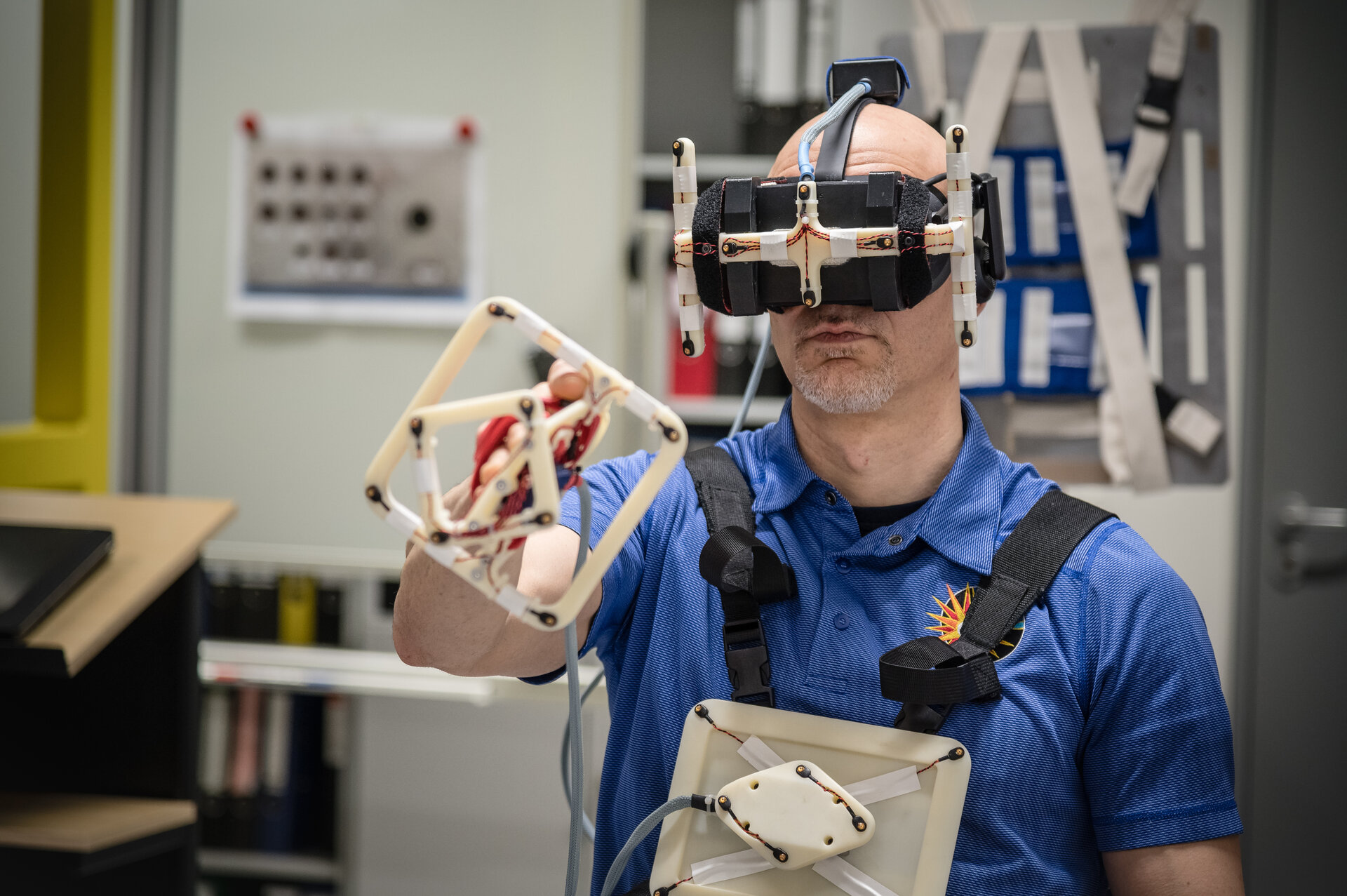 Suited up for gravity

When it comes to grasping an object, our eyes, ears and hands are intimately connected. Our brain draws information from different senses, such as sight, sound and touch, to coordinate hand movements.

Researchers think that, on Earth, gravity is also part of the equation – it provides a set of anchoring cues for the central nervous system. Human evolution has balanced its way across millenia with visual references, self-orientation and the help of the vestibular system.

ESA astronaut Luca Parmitano got a handle on how microgravity affects our ability to grab and manipulate objects in space with the Gravitational References for Sensimotor Performance (Grasp) experiment.

To get an idea of the differences in how our brains work both with and without gravity’s pull, the Grasp experiment is also conducted back on Earth. Following his 201-day mission in space, Luca is continuing to work with researchers to collect scientific data while he undertakes a comprehensive rehabilitation programme.

During Grasp, Luca’s eyes, ears and hands are suited up with a set of sensors – including a virtual reality headset – that gather information about his actions as he carries out a range of tasks. Rotating his hand to align with a visual object is the main activity, couched in a sort of video-game target practice.

By analysing patterns in the way Luca aligns his hands to the target, researchers seek to better understand how the central nervous system integrates the role of gravity in the neural processes underlying eye-hand coordination.

Armed with an enhanced understanding of the physiology behind eye-hand coordination, researchers hope to better understand and treat disorders relating to vertigo and dizziness, balance, spatial orientation and other aspects of the vestibular system. It will also be helpful in guiding astronauts during spacewalks and in developing the most effective ways of controlling robots remotely.

During his second mission, known as ‘Beyond’, Luca supported more than 50 European and over 200 international experiments and gained the European record for longest cumulative spacewalking time.