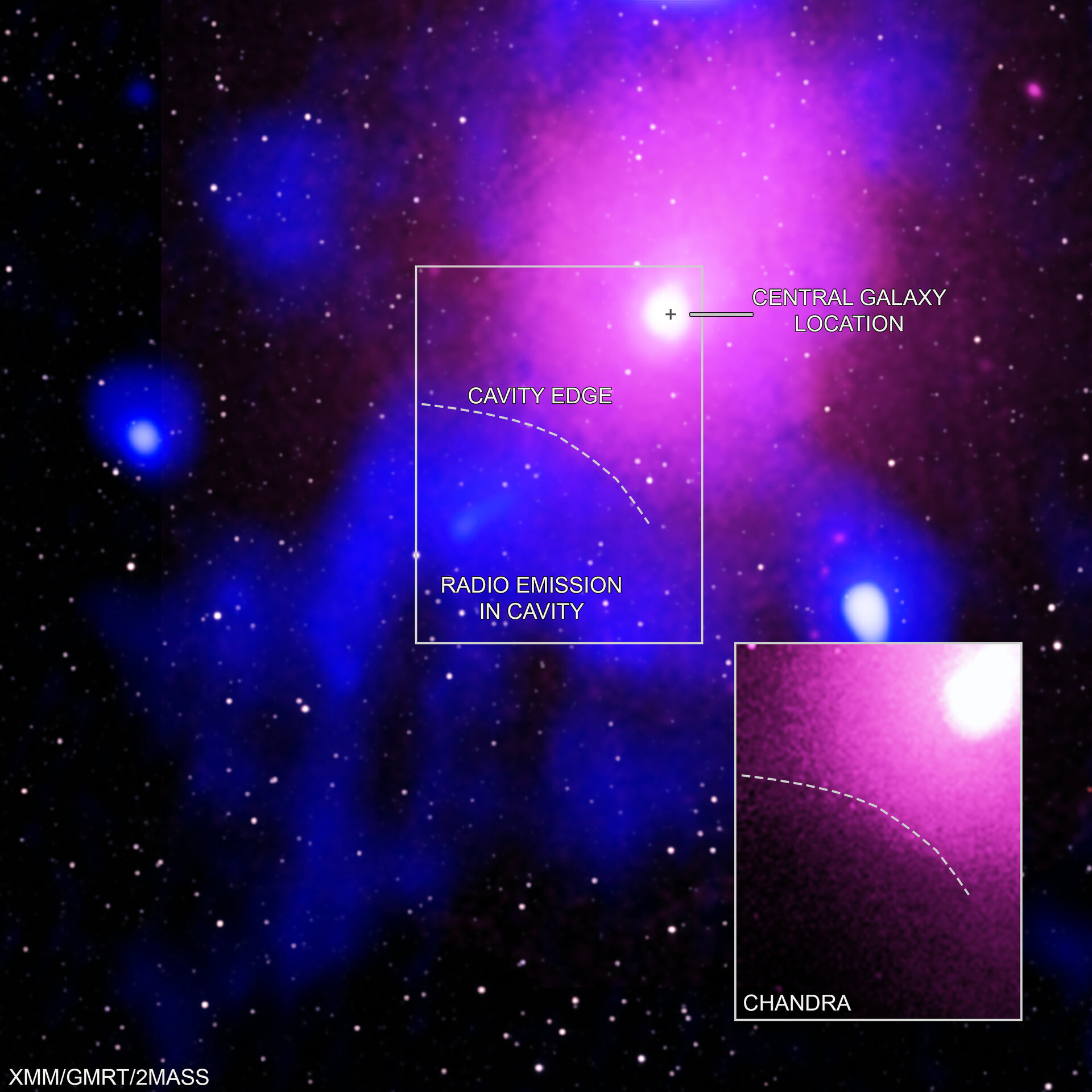 The most powerful black hole eruption in the Universe (annotated)