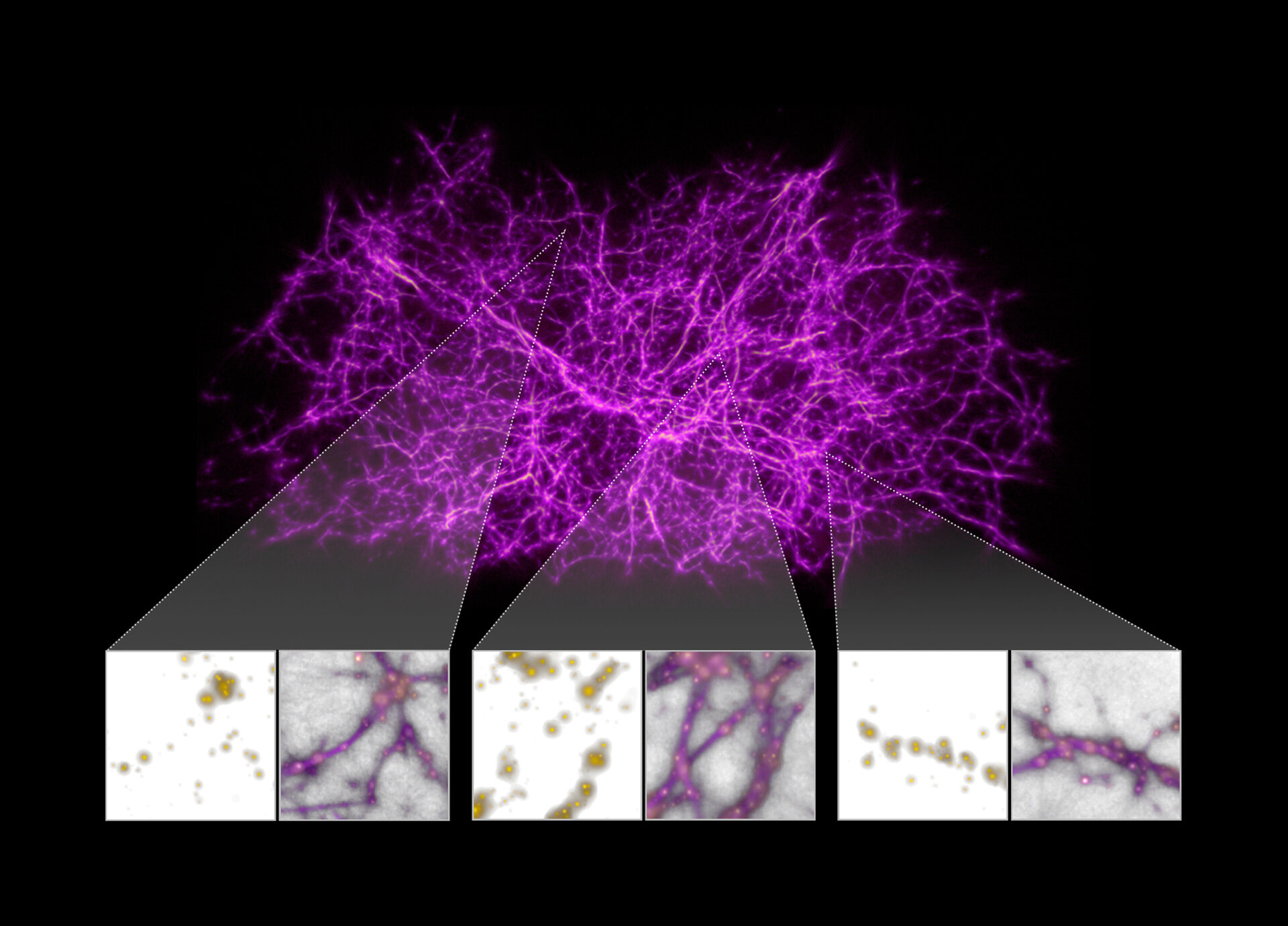 Astronomers use slime mould to map the universe’s largest structures

Astronomers have designed a computer algorithm, inspired by slime mould behavior, and tested it against a computer simulation of the growth of dark matter filaments in the Universe. The researchers then applied the slime mould algorithm to data containing the locations of over 37 000 galaxies mapped by the Sloan Digital Sky Survey. The algorithm produced a three-dimensional map of the underlying cosmic web structure.

They then analysed the light from 350 faraway quasars catalogued in the Hubble Spectroscopic Legacy Archive. These distant cosmic flashlights are the brilliant black-hole-powered cores of active galaxies, whose light shines across space and through the foreground cosmic web.