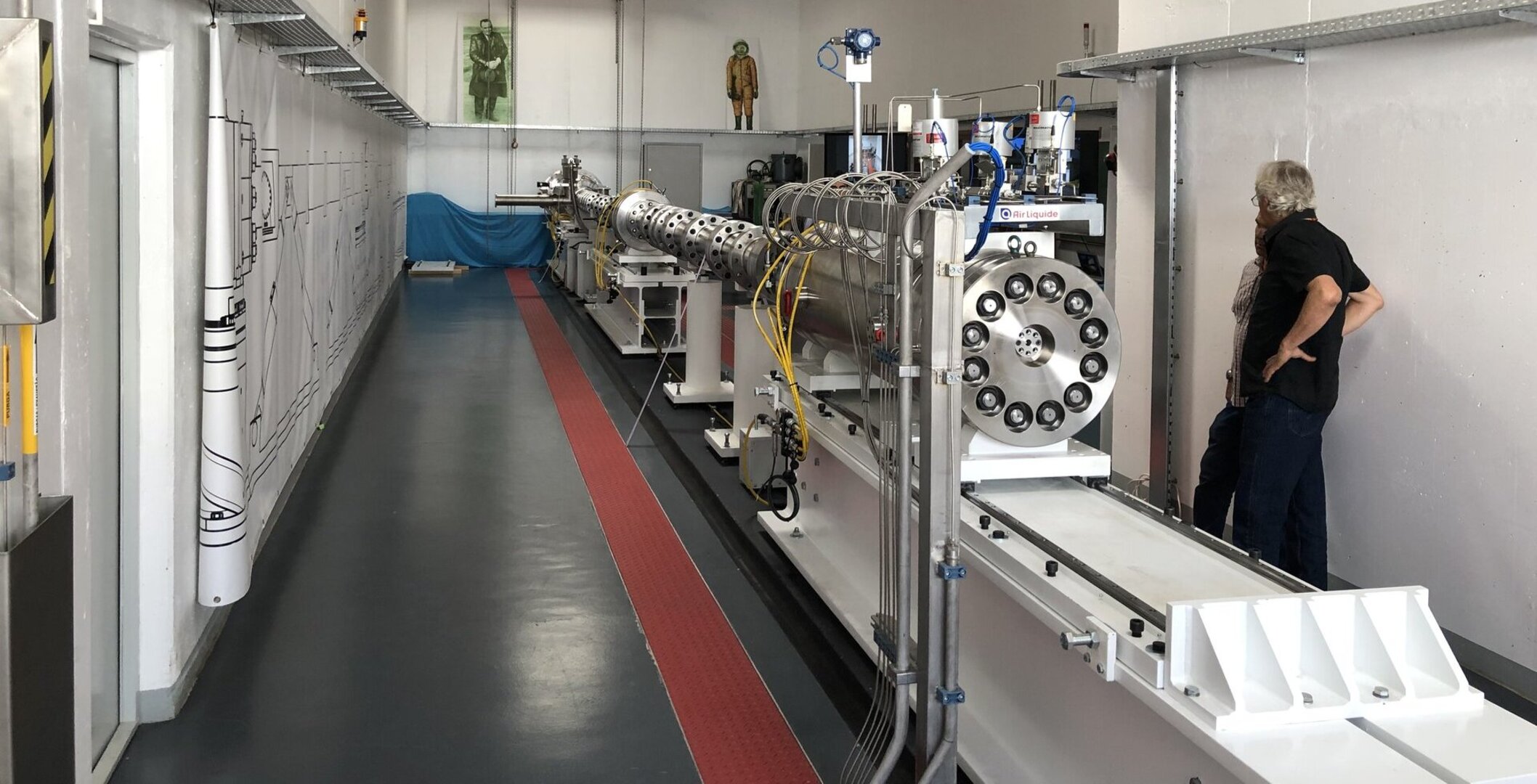 This ESA-backed facility has been designed to fulfil researchers’ most extreme needs for speed: the European Shock Tube for High Enthalpy Research, ESTHER, can reproduce high-velocity shock flows equivalent to a meteor entering Earth’s atmosphere – or an interplanetary spacecraft returning home.

The process begins with laser ignition of low-pressure gas to pierce a pair of diaphragms to encounter higher-pressure gas in turn, their interaction giving rise to shock waves that can achieve plasma shock flows in excess of 12 km/s – unparalleled across Europe.

Spacecraft returning from interplanetary missions will reenter Earth’s atmosphere at higher velocities than those in Earth orbit. This means they require a new generation of thermal protection systems.

The development of ESTHER backed through ESA’s Technology Development Element to support promising new space technology. The facility is hosted at the Institute for Plasmas and Nuclear Fusion in Lisbon, which is an Associated Laboratory of Instituto Superior Técnico, within the Universidade de Lisboa.