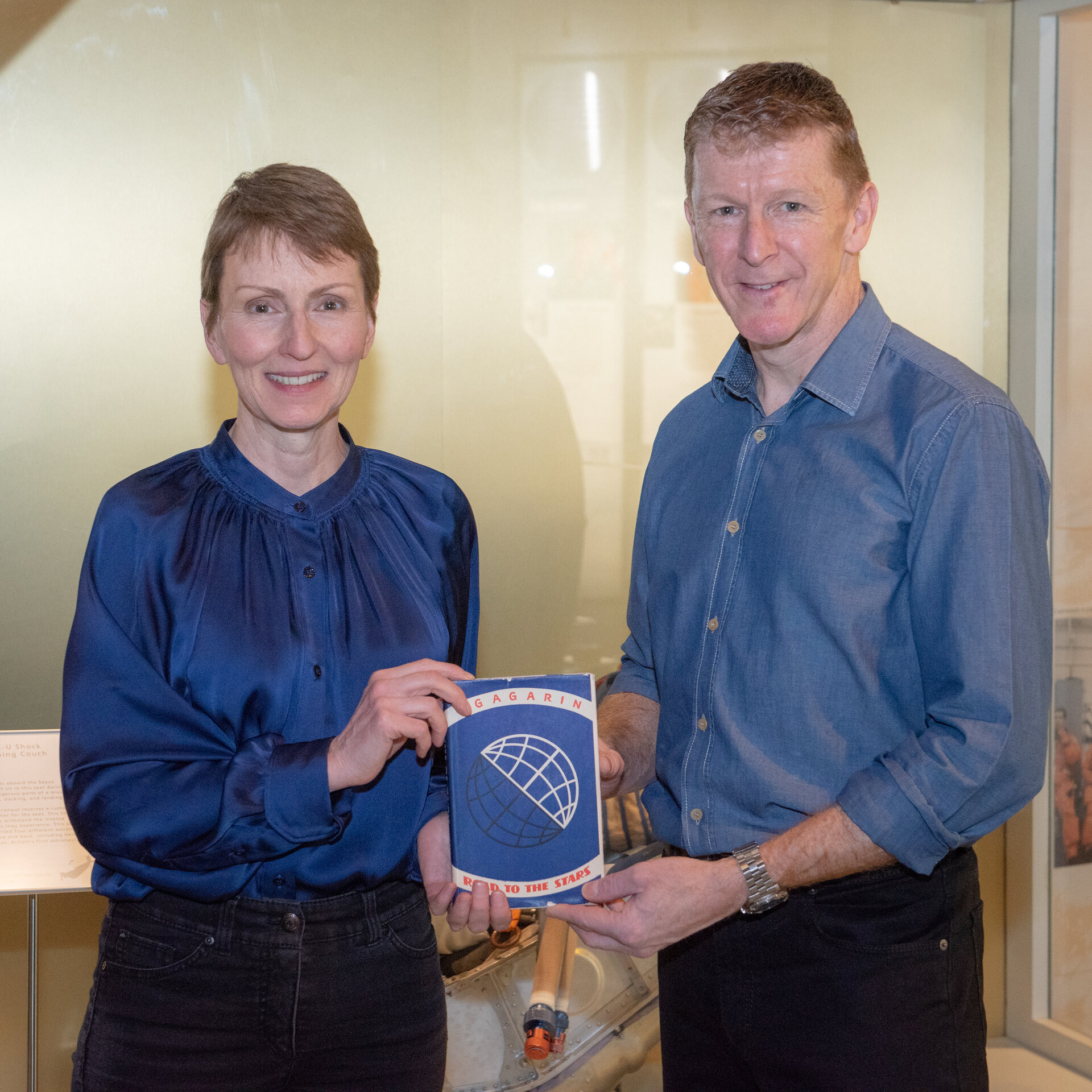 Helen Sharman and Tim Peake with Road to Stars book

“Road to the stars” is an autobiography by Yuri Gargarin, who was the first man to go into space when his Soviet capsule Vostok 1 completed one orbit of Earth on 12 April 1961.

The 296-page volume, first published in 1962 and signed by Gargarin himself, was given to Helen Sharman when she became the UK’s first astronaut in 1991.

She was presented with the book during her training at Star City near Moscow – now called the Yuri Gagarin Cosmonaut Training Centre – ahead of her flight to the Mir space station, which operated from 1986 to 2001.

Sharman took the book with her, adding her signature while in space. Her crewmates – Viktor Afanasyev, Anatoly Artsebarsky, Sergei Krikalev and Musa Manarov – also signed the tome.

Some 24 years later when Tim Peake was selected as an ESA astronaut, Sharman lent him the book.

He returned the volume to space aboard his Principia mission in 2015, adding his signature while on the International Space Station. It was also autographed by fellow crew members Scott Kelly, Tim Kopra, Mikhail Korniyenko, Yuri Malenchenko, Aleksei Ovchinin, Oleg Skripochka, Sergei Volkov and Jeffrey Williams.

The book has now gone on long-term display at the National Space Centre in Leicester.