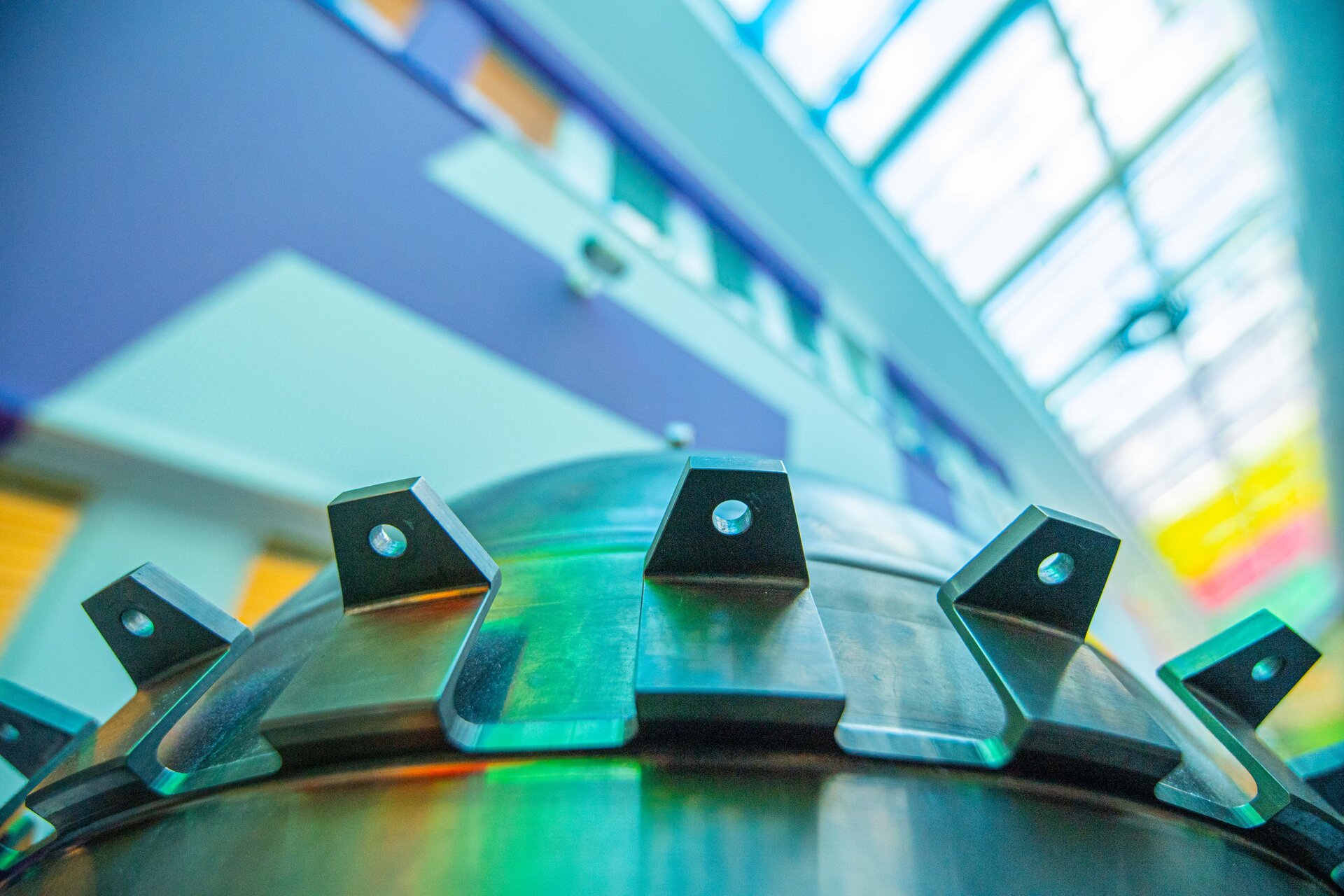 This titanium propellant tank, on show in the laboratory corridor of ESA’s technical heart, comes from Europe’s Vega launcher – one of four serving its AVUM upper stage.

The 30-m high four-stage Vega is Europe’s launcher for smaller satellites. Its topmost ‘Attitude Vernier Upper Module’ hosts Vega’s avionics ‘brain’, overseeing the overall flight of the launcher. Then, once it separates from the third stage, the reigniteable AVUM flies like a spacecraft in its own right to deploy its various payloads into their set orbits, achieving metre-scale precision.

The sixteenth Vega flight is due later this month. Flight VV16 will carry an innovative ‘rideshare’ payload of multiple small satellites and CubeSats.