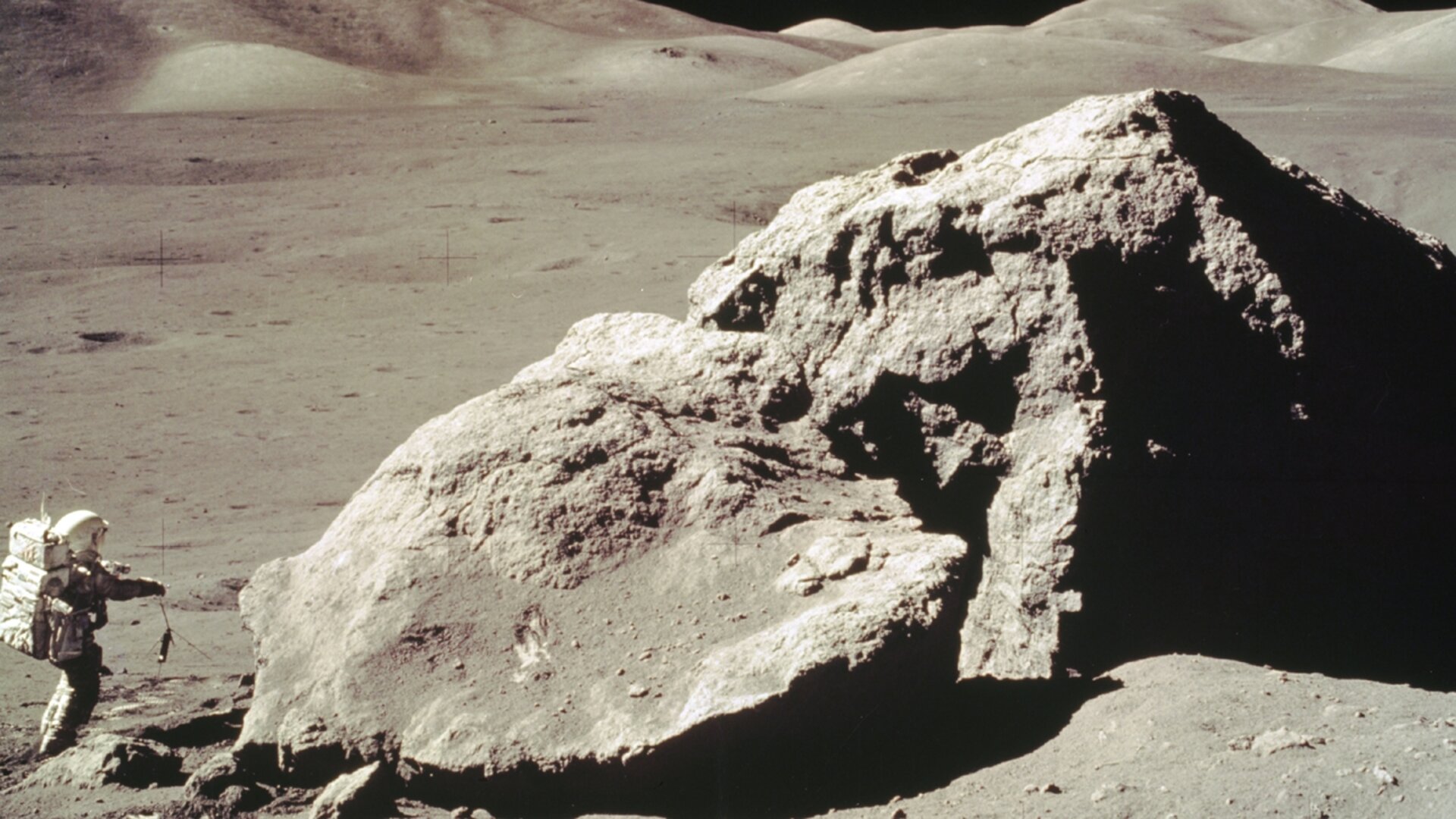 NASA astronaut Harrison Schmitt, Apollo 17 lunar module pilot at a large boulder on near the Taurus-Littrow landing site on the Moon.

"ANGSA ties together those who were involved in the initial curation and analysis of Apollo samples with the next generation of planetary scientists,” says Francesca McDonald, ESA Research Fellow who is coordinating ESA’s ANGSA participation. “Our diverse team includes Harrison ‘Jack’ Schmitt, the only geologist to walk on the Moon, who along with fellow Apollo astronaut Gene Cernan, originally collected the lunar material.