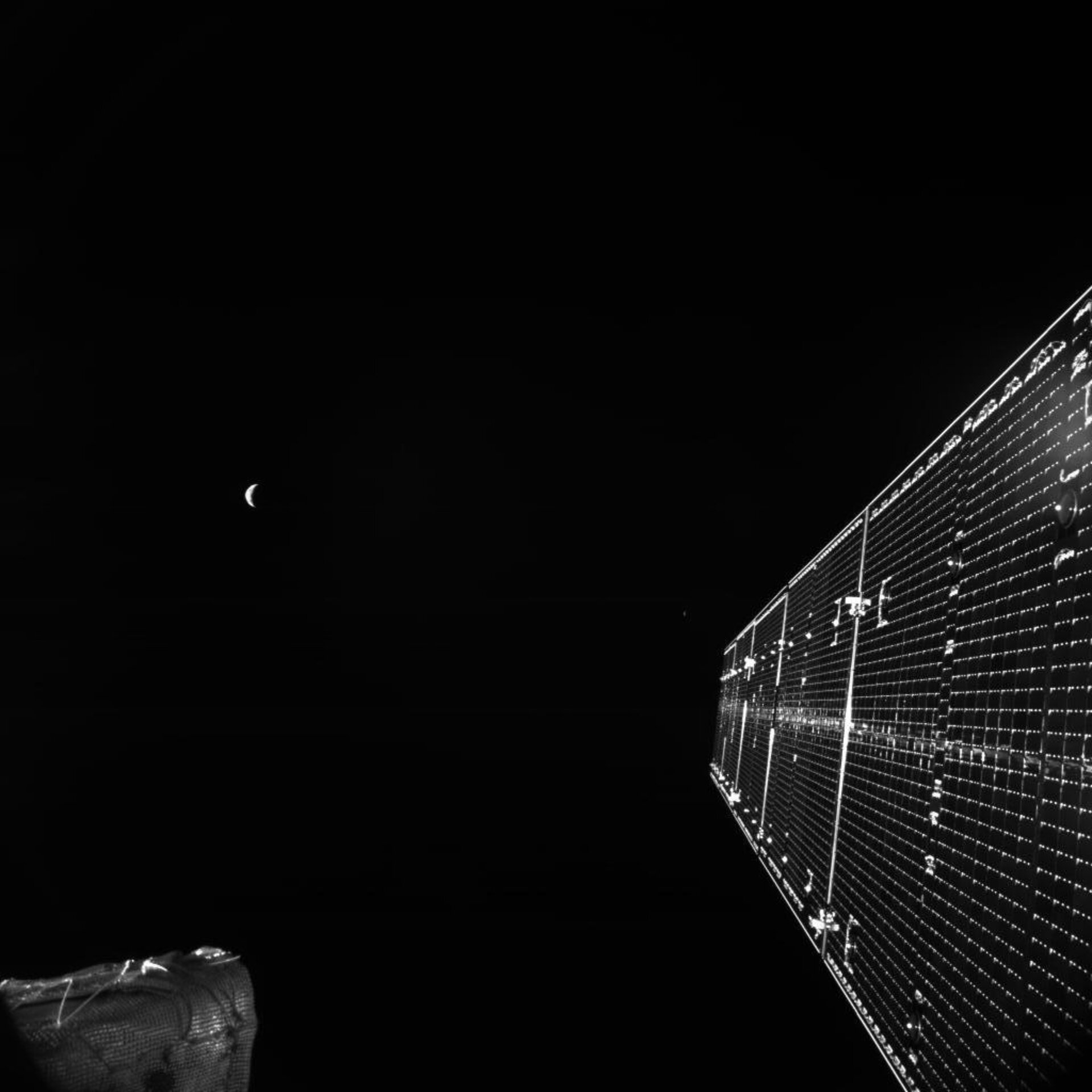 BepiColombo bids farewell to Earth and the Moon

The joint European-Japanese Mercury spacecraft BepiColombo took a final glimpse of Earth on 11 April 2020, a day after its closest approach to the planet to perform a gravity-assist flyby.

The image, showing Earth as a bright crescent against the blackness of the Universe, was captured at 14:24 UTC by one of the monitoring ‘selfie’ cameras mounted on Mercury Transfer Module (MTM), one of the three components of the BepiColombo mission.

One of the solar arrays is visible on the right side of the image, and the Moon is visible as a tiny speck of light, slightly above and to the left of the end of the array. The structure seen in the bottom corner is one of the sun sensor units on the MTM, with the multi-layered insulation visible.

The image was taken around 540 400 km away from the surface of our planet. A sequence of images taken as the spacecraft moved away from our planet on 10 and 11 April is available here.

BepiColombo, which comprises ESA’s Mercury Planetary Orbiter and the Mercury Magnetospheric Orbiter of the Japan Aerospace Exploration Agency (JAXA), is scheduled to reach its target orbit around the smallest and innermost planet of the Solar System in 2025.

The 10 April flyby at Earth was the first of nine gravity-assist manoeuvres that BepiColombo will perform during its seven-year journey. The spacecraft got as close as 12 700 km to Earth’s surface, closer than the orbit of Europe’s navigational satellites Galileo, and was observed by astronomers from many places across the world.

BepiColombo will perform its next two flybys at Venus and further six at Mercury.