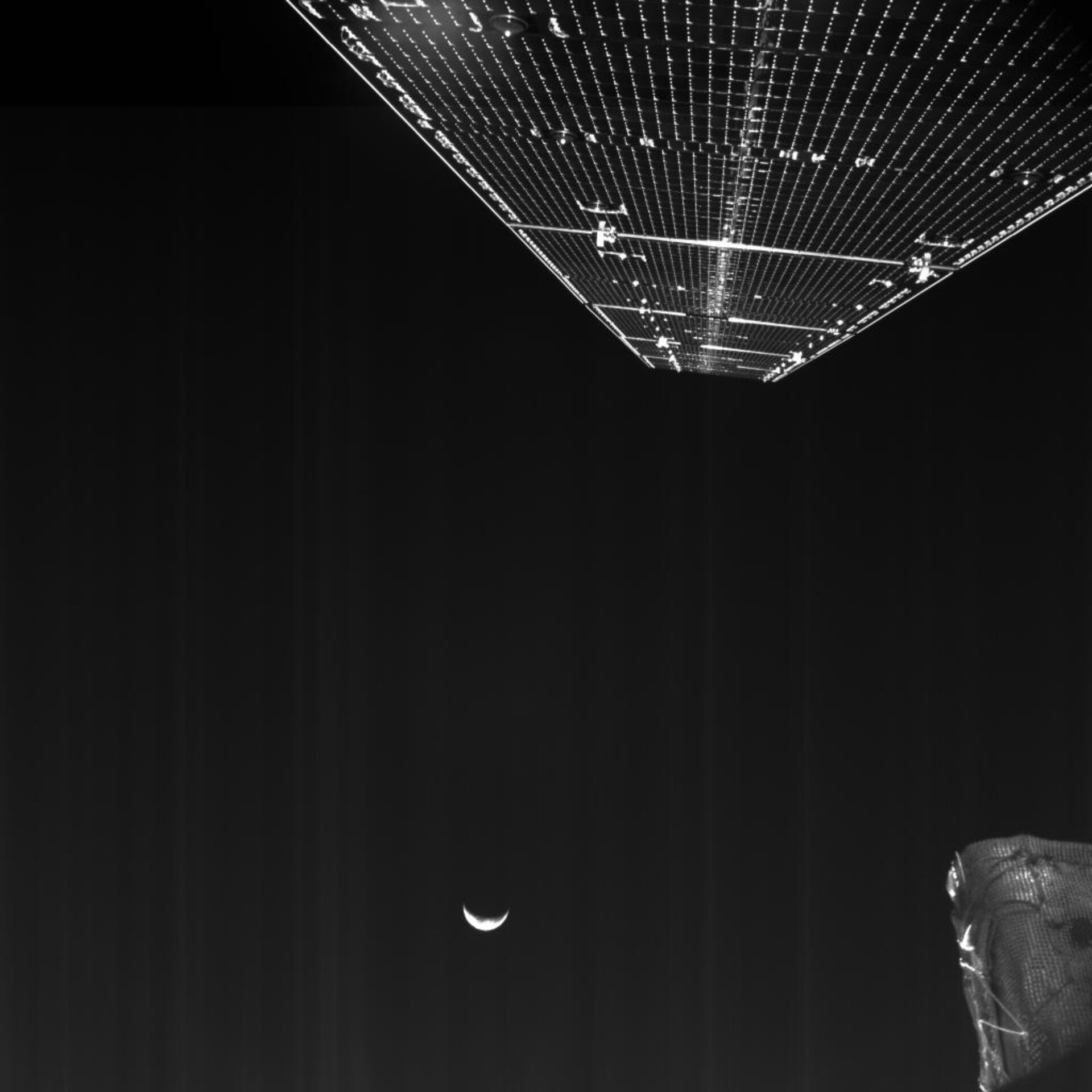 A view of Earth captured by one of the MCAM selfie cameras on board of the European-Japanese Mercury mission BepiColombo, as the spacecraft moved away from our planet after the gravity-assist flyby performed in the early hours of 10 April 2020.
The image, showing Earth as a receding crescent against the darkness of space, was captured at 21:03 UTC on 10 April, around 277 500 km from Earth’s surface, by one of the MCAM selfie cameras mounted on the Mercury Transfer Module (MTM), one of the three components of the BepiColombo mission. One of the solar arrays is visible on the right side of the images, and the structure in the bottom corner is one of the sun sensor units on the MTM, covered in multi-layered insulation.
Launched into an orbit around the Sun in October 2018, BepiColombo returned to Earth to take advantage of its gravity to steer its trajectory deeper into the inner Solar System. The spacecraft was visible during the manoeuvre to astronomers, including amateurs, equipped with small telescopes and located south of Rome and Madrid. The Earth flyby was the first of nine gravity-assist manoeuvres that will help BepiColombo to gradually home in on its target orbit around the smallest and innermost planet of the Solar System.
Travelling towards the Sun, BepiColombo has to constantly brake against the star’s powerful gravitational pull in order to be able to stop at Mercury. Comprising of the ESA-owned Mercury Planetary Orbiter, the Mercury Magnetospheric Orbiter of the Japan Aerospace Exploration Agency, and the ESA-built Mercury Transfer Module, the spacecraft will perform next two gravity-assist manoeuvres at Venus and further six at Mercury before commencing its science operations in early 2026.